Amar’e Stoudemire is converting to Judaism 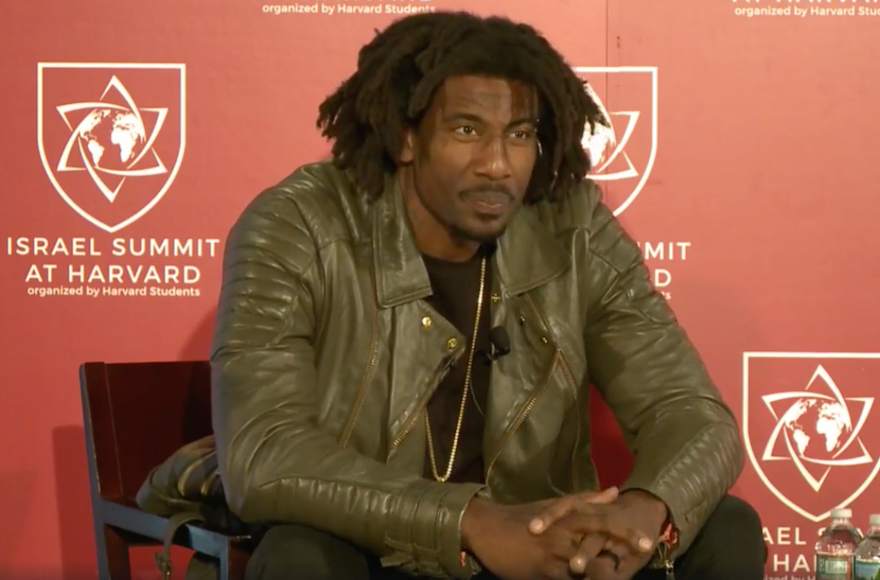 (JTA) — Former NBA All-Star Amar’e Stoudemire has for years claimed to have “Hebrew roots,” studied Judaism and practiced its cultural customs. Now he is making the ties official by converting to the Jewish religion.

Stoudemire, 35, told HBO sports reporter Jon Frankel at an event at Harvard University on Sunday that he is “in the process” of converting.

Stoudemire responded by saying he is converting “simply to get acclimated to the culture in Israel and also to apply for citizenship.”

But he added: “My journey on this path really has nothing to do with citizenship, it’s just really truly a spiritual journey, and my goal is to get into the kingdom, and that’s the only mission.”

Stoudemire had said earlier in the conversation that he partly follows both the New and the Old Testaments.

“Any time to try to redefine yourself, you’re converting, whether it’s religious converting or just personal improvement,” he said. “I think converting from a religious point of view allows you to really look at the biblical point of view from a different perspective.”