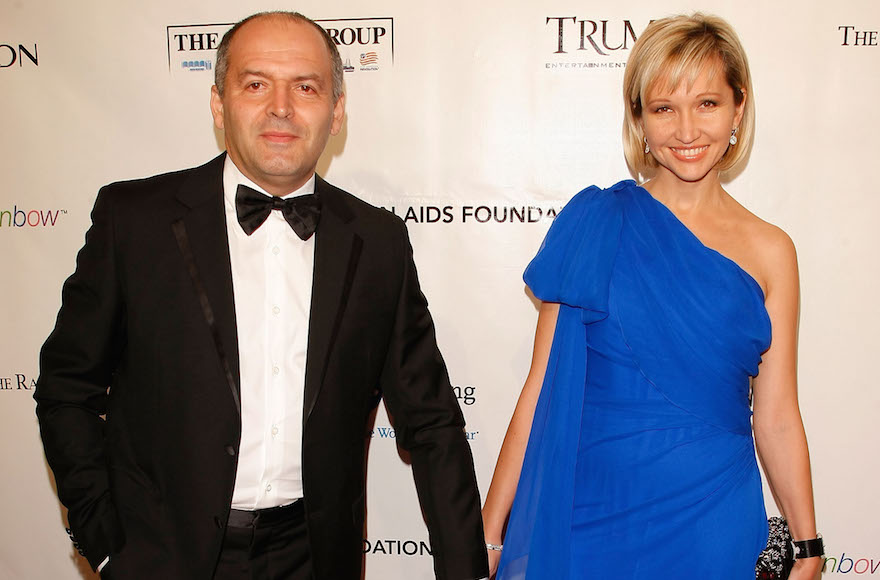 (JTA) — Robert Mueller is reportedly investigating a payment to President Donald Trump’s foundation from a Ukrainian steel magnate who, among other things, has supported the resurgence of the country’s Jewish community.

Mueller, the special counsel leading the investigation into Russian interference in the 2016 election, is looking into a $150,000 donation made by Viktor Pinchuk to the Trump Organization, The New York Times reported, citing “three people briefed on the matter.” The payment was made in exchange for a video appearance by Trump at a 2015 conference sponsored by the Ukrainian oligarch and was solicited by Michael Cohen, Trump’s personal lawyer whose hotel room was raided on Monday by investigators, according to The Times.

Pinchuk is the founder of Interpipe Group, one of Ukraine’s major steel producers, and has a net worth of $1.44 billion, according to Forbes. His wife, Elena, is the daughter of former Ukrainian President Leonid Kuchma.

A former head of the division of the Internal Revenue Service division that oversees tax-exempt organizations told The Times that the payment was “an unusual amount of money” for a 20-minute appearance.

The donation “is curious because it comes during a campaign and is from a foreigner and looks like an effort to buy influence,” Marcus Owens told The Times.

Pinchuk’s donation represents the largest one received by the Trump Organization, other than donations made by Trump, according to The Times.

Pinchuk is a financial supporter of Ukraine’s Jewish community and has invited prominent foreigners, including Chelsea Clinton and her Jewish husband, Marc Mezvinsky, as well as former British Prime Minister Tony Blair, to visit synagogues in the country, according to a profile of him in Tablet. He was raised largely secular by his parents, but recalled experiencing anti-Semitism as a boy at the hands of classmates and teachers.

“It’s a total witch hunt,” the president said. “I’ve been saying it for a long time. I’ve wanted to keep it down. I’ve given over a million pages in documents to the special counsel.”