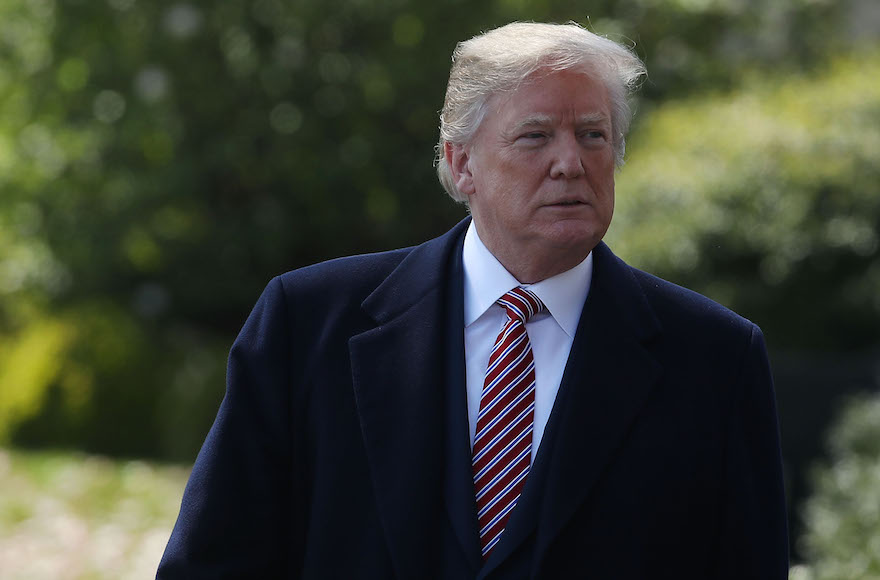 The proclamation issued Wednesday recognizes the “Days of Remembrance of Victims of the Holocaust 2018” to be observed from April 12 to 18. The proclamation also notes that this year marks the 75th anniversary of the Warsaw Ghetto Uprising. Yom Hashoah lasts for 24 hours in Israel and began on Wednesday night.

“Although spearheaded by one individual, this undertaking could not have happened without the participation of many others who recruited, persuaded, and coerced in their efforts to incite the worst of human nature and carry out the ugliest of depravity,” the proclamation states. “The abject brutality of the Nazi regime, coupled with the failure of Western leaders to confront the Nazis early on, created an environment that encouraged and enflamed anti-Semitic sentiment and drove people to engage in depraved, dehumanizing conduct.”

In addition to noting that 6 million Jewish men women and children were killed in the Holocaust, the proclamation states that millions of other Europeans were murdered by the Nazi regime including Roma and Sinti Gypsies, mentally ill and physically deformed individuals, Slavs and other minorities, Christians, Jehovah’s Witnesses, gays and political dissidents.

“We must ensure that the history of the Holocaust remains forever relevant and that no people suffer these tragedies ever again,” the proclamation says.

Trump stirred controversy shortly after his inauguration by releasing a statement on International Holocaust Remembrance Day that did not mention Jews. Administration officials said the statement’s aim was to honor all victims of the Holocaust, not just the Jews.