22% of US millennials haven’t heard of or are not sure if they have heard of the Holocaust, study finds 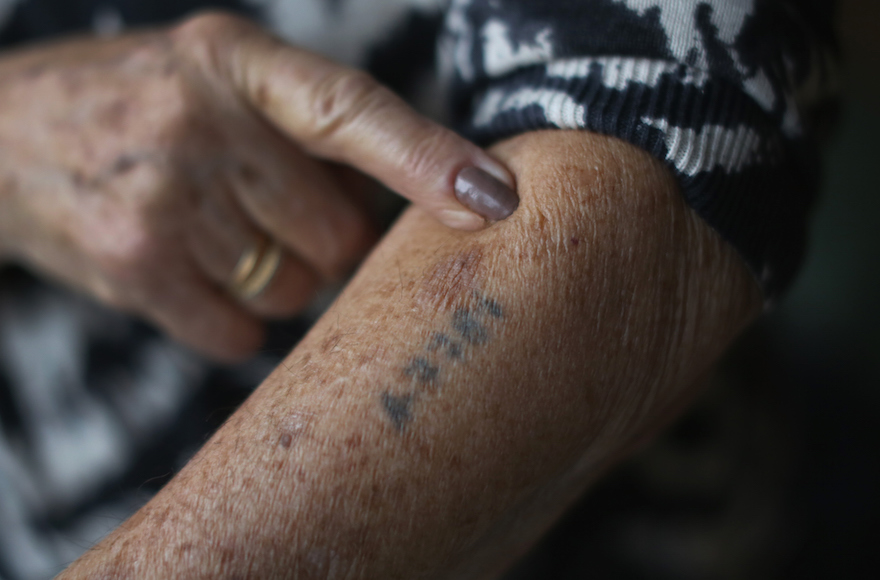 (JTA) — Over a fifth of millennials in the United States have not heard of or are unsure if they have heard of the Holocaust, a study found.

The survey, which was commissioned by the Conference on Jewish Material Claims Against Germany (also known as the Claims Conference), found that many Americans were unaware of basic facts about the Holocaust.

The results were released Thursday, which marks Yom Hashoah, or Holocaust Remembrance Day. The study included 1,350 interviews with Americans aged 18 and over.

While 6 million Jews are estimated killed in the Holocaust, 31 percent of all respondents and 41 percent of millennials, aged 18 to 34, believe that number is 2 million or less, according to the survey.

Forty-five percent of all respondents could not name a concentration camp or ghetto from World War II, and 41 percent could not identify Auschwitz, a network of Nazi concentration and extermination camps.

Still, 58 percent of respondents believe that “something like the Holocaust could happen again.”

Claims Conference President Julius Berman expressed concern about the lack of knowledge about the Holocaust among millennials.

“We are alarmed that today’s generation lacks some of the basic knowledge about these atrocities,” he said in a statement.

“There remain troubling gaps in Holocaust awareness while survivors are still with us; imagine when there are no longer survivors here to tell their stories,” Schneider said. “We must be committed to ensuring the horrors of the Holocaust and the memory of those who suffered so greatly are remembered, told and taught by future generations.”

The study was conducted Feb. 23-27 by Schoen Consulting. It has a margin of error of plus or minus 3 percent.