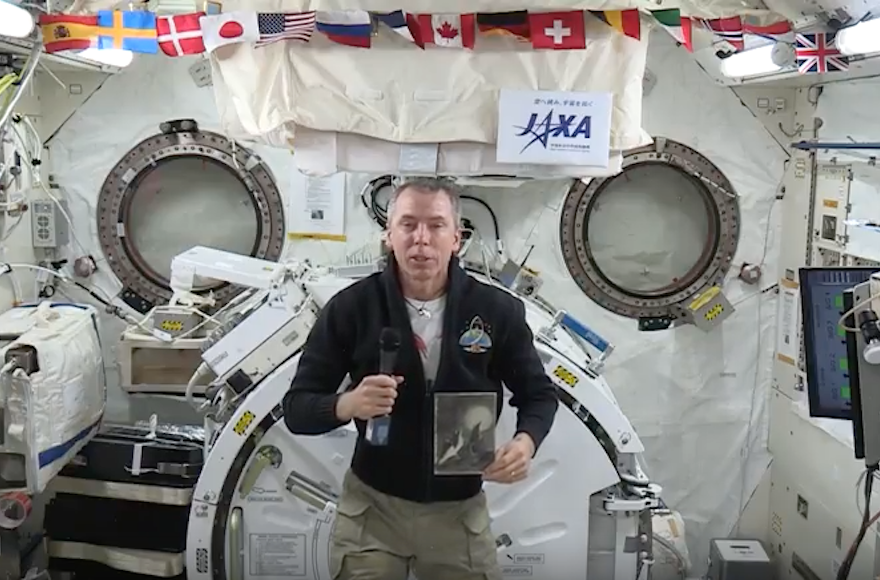 In the video released on Thursday, the NASA geophysicist, who is not Jewish, displayed a replica of a drawing titled “Moon Landscape” by Petr Ginz, a Czech teen with Jewish roots who was killed at Auschwitz. Feustel, who received the drawing from the Yad Vashem Holocaust museum in Jerusalem, noted that late Israeli astronaut Ilan Ramon had brought a replica of the very same drawing with him on board the Space Shuttle Columbia in 2003.

Ramon and the rest of that crew were killed when the shuttle was destroyed during re-entry into the Earth’s atmosphere.

“May the memories of Petr Ginz, astronaut Ilan Ramon and the six million victims of the Holocaust always remain in our thoughts,” Feustel says in the message, before floating away inside the space station.