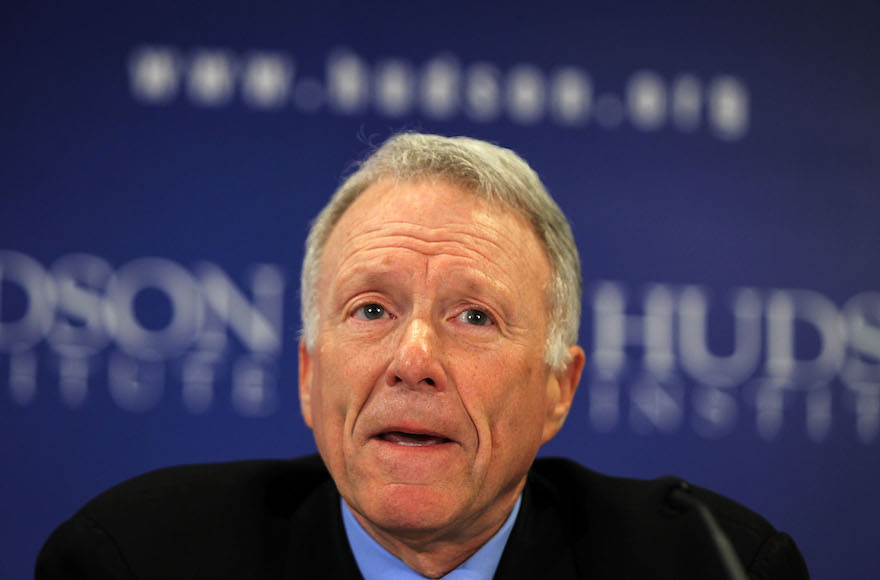 WASHINGTON (JTA) — President Donald Trump pardoned Lewis “Scooter” Libby, the chief of staff to former Vice President Dick Cheney convicted in 2007 of lying in the investigation into who leaked the name of a CIA operative whose Iraq war critic husband Cheney had hoped to discredit.

The pardon Friday is unusual: President George W. Bush had commuted Libby’s 30-month sentence, and Libby, who is Jewish and whose plight drew statements of support from prominent Jewish figures, has since had ancillary punishments removed. His law license was restored recently.

“Before his conviction, Mr. Libby had rendered more than a decade of honorable service to the Nation as a public servant at the Department of State, the Department of Defense, and the White House,” Trump said in a statement. “His record since his conviction is similarly unblemished, and he continues to be held in high regard by his colleagues and peers.”

There are other anomalies in the pardon: Libby was a key figure in promoting support for the Iraq War, which Trump has reviled as a disaster. Libby was convicted in a leaking case; Trump has repeatedly called for the prosecution of leakers in government.

The pardon might assuage two audiences of critical importance to Trump: traditional Republicans, who have long claimed Libby’s conviction was an abuse of the justice system, and whose support Trump needs to consolidate as he tries to advance his agenda; and targets of a special prosecutor’s investigation into irregularities in Trump’s election campaign. Pardoning Libby could signal that Trump is sympathetic to underlings who fall on their sword for their superior. Cheney was furious with Bush for not fully pardoning Libby.

Libby was convicted of lying in the investigation into who leaked CIA operative Valerie Plame’s name to the media in what was seen as an attempt to discredit the opposition of her husband, Ambassador Joseph Wilson, to the Iraq war. Cheney was furious when Wilson published an op-ed debunking the Bush administration’s claims that Iraq was importing uranium from Niger. Wilson, a diplomat who had served in Iraq and Niger, had investigated the claim at the administration’s behest and found it baseless.

After his conviction and prior to his sentencing, Libby had garnered an array of letters to the judge supporting a light sentence notable for the prevalence of leading Jewish figures.

These included Natan Sharansky, an Israeli politician and former prisoner of the Soviet gulag; Henry Kissinger and Leonard Garment, the Nixon administration’s secretary of state and special counsel, respectively; and Paul Wolfowitz, Richard Perle and Douglas Feith, all former senior officials of the Bush administration and architects of the Iraq War.

Also, Norman Podhoretz and Midge Decter, the first couple of neoconservative theory; Walter Reich, a former director of the U.S. Holocaust Memorial Museum; Arye Genger, a New York businessman who served as a liaison between former Israeli Prime Minister Ariel Sharon and the Bush administration; James Wolfensohn, the former World Bank president and major Jewish philanthropist, and a top peace envoy to the Middle East: Dennis Ross, a top Middle East envoy in the Clinton and later in the Obama administration; and Leon Wieseltier, the Jewish philosopher and writer.