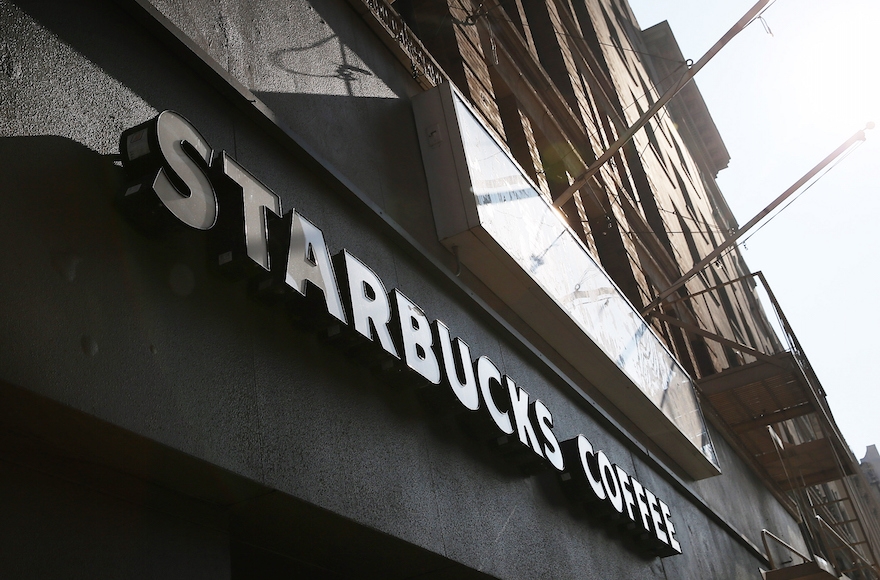 (JTA) — The two black men whose arrest at a Starbucks in Philadelphia has gone viral were waiting for a local Jewish businessman, Andrew Yaffe, who tried to stop their arrest.

Yaffe, who runs a real estate development firm, was meeting the men to discuss business investment opportunities. In the viral video, he arrives at the Starbucks and tells police that they were waiting for him.

“Why would they be asked to leave?” Yaffe says on the video. “Does anybody else think this is ridiculous? It’s absolute discrimination.”

A video of the arrest of the two men on Thursday went viral on social media, and led to national and international outrage. It was viewed more than 8 million times by Saturday.

In a statement, Starbuck’s CEO Kevin Johnson offered “our deepest apologies” for the “reprehensible” incident.

“The video shot by customers is very hard to watch and the actions in it are not representative of our Starbucks Mission and Values.  Creating an environment that is both safe and welcoming for everyone is paramount for every store.  Regretfully, our practices and training led to a bad outcome—the basis for the call to the Philadelphia police department was wrong.  Our store manager never intended for these men to be arrested and this should never have escalated as it did,” Johnson said.

He also said that Starbucks “stands firmly against discrimination or racial profiling.”

The men were asked to leave after asking to use the bathroom before ordering anything. Police were called when the men did not leave.

The men were taken to a police station, where they were fingerprinted and photographed, their attorney Lauren Wimmer told The Washington Post on Saturday. They were released several hours later due to lack of evidence.

Yaffe is the founder and president of AY Industries, a Philadelphia-based real estate development, investment and management firm, and is active in the Jewish Federation of Greater Philadelphia, according to the Jewish Exponent.

@Starbucks The police were called because these men hadn’t ordered anything. They were waiting for a friend to show up, who did as they were taken out in handcuffs for doing nothing. All the other white ppl are wondering why it’s never happened to us when we do the same thing. pic.twitter.com/0U4Pzs55Ci