One of New York’s most outspoken Orthodox politicians is retiring 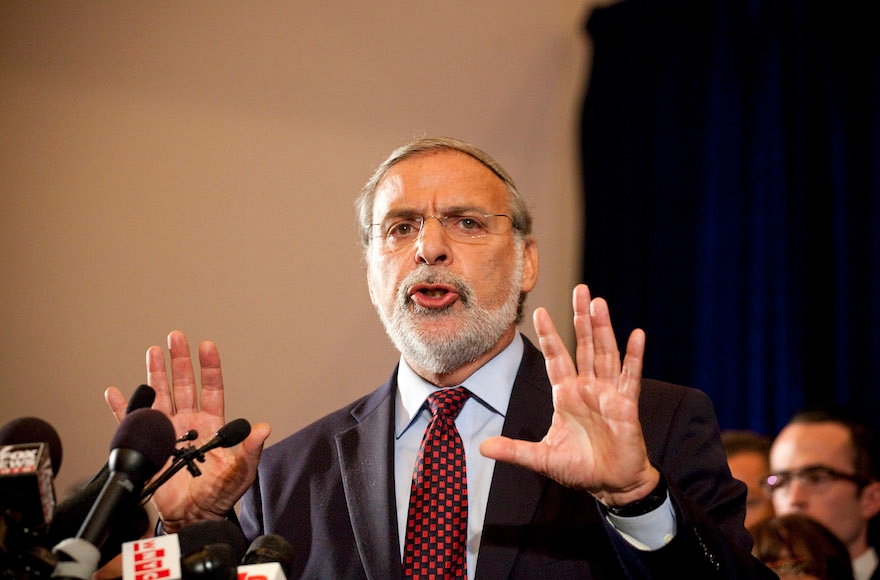 Hikind, whose district covers the neighborhoods of Borough Park and Midwood, is an Orthodox Jew who is outspoken in his hawkish defense of Israel and his fight against anti-Israel activists. A conservative Democrat who has sometimes supported Republican candidates and positions, Hikind frequently urges action against anti-Zionism and anti-Semitism, and fights for benefits for his religious constituents.

The 67-year-old lawmaker has also courted controversy himself, having been accused of racism and corruption.

“I want to thank my constituents — my many friends and neighbors — for these extraordinary 36 years of having the honor to serve them,” Hikind said in a statement Wednesday, which did not give a reason for his retirement. “I thank my parents for instilling genuine Jewish values in me, and my family — my wife Shani and my children — for making it possible to do what I do. But most of all I thank G-d for giving me the strength to allow me to make a difference.”

A former follower of the late right-wing extremist Rabbi Meir Kahane, Hikind was first elected in 1983. In the years since, he has focused on fighting anti-Semitism and promoting right-wing Israeli policies such as support for settlement growth.

In 2001, during the second intifada, Hikind organized a drive to buy protective gear for Israeli settlers, and enlisted then-Sen. Hillary Clinton as a donor. He was a vocal opponent of the 2005 Israeli withdrawal from the Gaza Strip, which included the evacuation of a settlement bloc. In 2009, he led a delegation of American Jews to promote buying homes in the settlements, and said “a Jewish presence in these areas is a part of our heritage and is something that cannot be negotiated.” In 2007, he led a delegation to visit Jonathan Pollard, the spy for Israel who was released from a U.S. prison in 2015.

He also opposes anti-Israel activists at home. Hikind has sparred with prominent Palestinian-American activist Linda Sarsour. Last year, he accused her of “fraud” for pledging to and then not donating money to a vandalized Jewish cemetery (Sarsour did donate the money) and opposed her speaking at a City University of New York commencement ceremony. He also called on CUNY to suspend the student group Students for Justice in Palestine, accusing it of anti-Semitism.

Hikind has also obtained benefits for his Orthodox constituents. He fought to maintain women’s-only swimming hours at a New York City public swimming pool. He got the city to offer voting registration forms in Yiddish. In 2007, he protested CUNY holding final exams on the Jewish holiday of Shavuot. He persuaded the city to allow yeshiva students to buy discounted subway tickets. He has also spoken out against anti-Semitic incidents in his district.

While remaining a Democrat, Hikind has supported Republican politicians in recent years. In 2016, he announced that he would write in House Speaker Paul Ryan for president. In 2011, he declined to endorse David Weprin, the Democratic candidate for a congressional seat, because Weprin, an Orthodox Jew, endorsed same-sex marriage.

And he has become embroiled in controversy himself. In 1999, Hikind was acquitted of a charge that he took illegal payments from a social services group — the head of that group was convicted of making the payments — because he did not accept the payments with corrupt intent. In 2013, he was criticized for wearing blackface on the Jewish holiday of Purim.

Hikind’s fights can sometimes take a colorful turn. In 1999, he threatened to disrupt a far-right Austrian politician’s New York City Marathon run. Two years later he spoke out against Madame Toussaud’s, the wax museum, for including a sculpture of Palestinian leader Yasser Arafat. In 2014, he was one of several New York politicians to protest the Metropolitan Opera’s staging of “The Death of Klinghoffer,” which depicts the 1985 hijacking of the Italian cruise ship Achille Lauro by Palestinian terrorists and the murder of Leon Klinghoffer, a Jewish passenger.