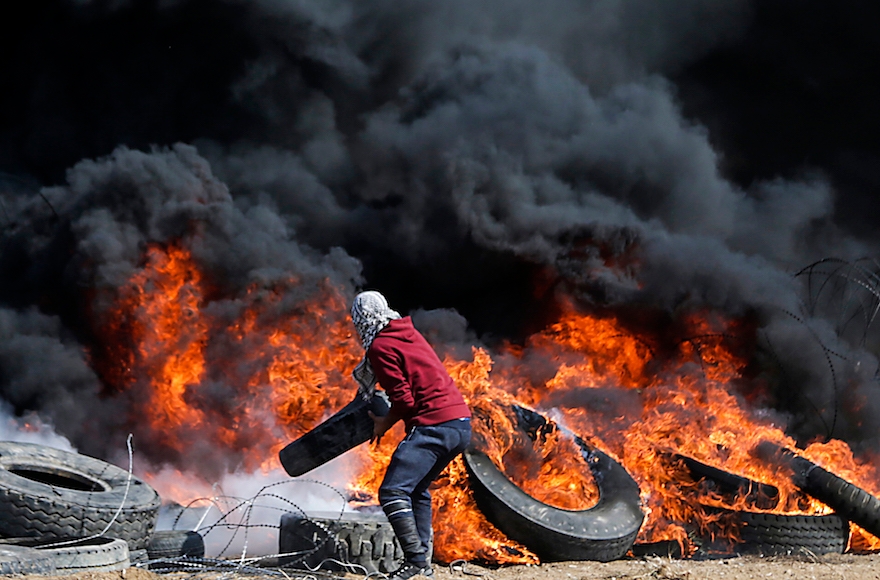 Hundreds of Palestinians were also wounded, 75 of them by Israeli fire, according to The New York Times.

The charge on the border happened late Friday, in the latest in a series of weekly protests on Gaza’s border with Israel. Israel has warned protesters to keep their distance from the fence, and its army has previously opened fire on protesters who approach the border or who attempt to target Israel with firebombs or other weaponry.

Two protesters on Friday had handguns and one fired at Israeli soldiers, The Times reported, citing four witnesses.

At least 40 Palestinians have died in the protests, according to the Times. Hamas, the militant group that governs Gaza and has organized the demonstrations, has portrayed them as a protest of Israel’s blockade of the territory and a call by Palestinians to return to their ancestors’ homes in Israel. Israel views the protests as violent riots that threaten its citizens’ lives and security.