Israel told its citizens not to light bonfires on Lag b’Omer. They did it anyway. 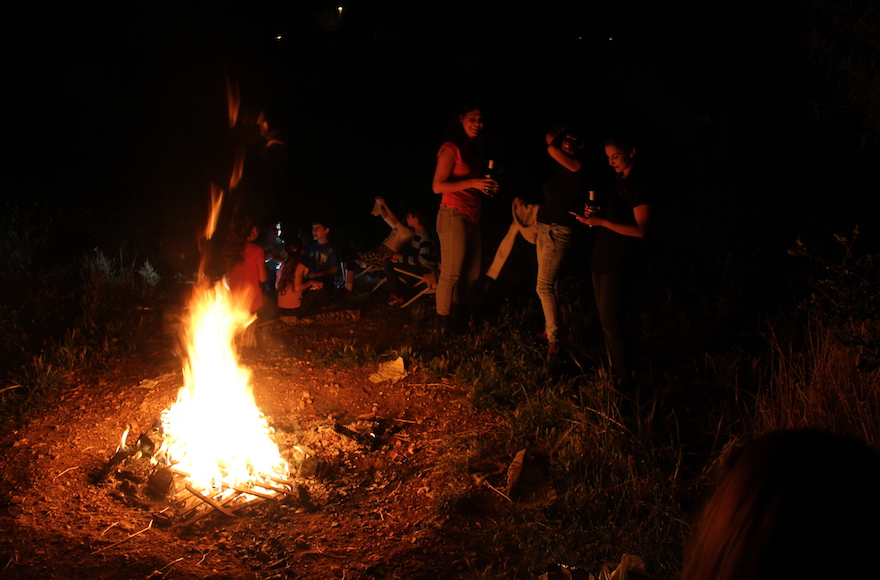 JERUSALEM (JTA) — It’s topping 90 degrees in this city, so the Israeli Fire Department asked its citizens not to light bonfires this year on Lag b’Omer.

The flames could create dangerous conflagrations in the dry heat, the department said. And Israel is still reeling from another natural disaster, when 10 teenagers died in a flash flood last week following government warnings not to hike where they did.

But judging by the flames dotting a park in the center of Jerusalem, Israelis didn’t listen.

Lag b’Omer, which began Wednesday night, is a minor holiday on the Jewish calendar. But it’s become a hallmark of Israeli culture, at least in religious circles. Teenagers, singles and families will head to parks to light bonfires — symbolic of an ancient mystical rabbi said to who have died on the holiday. They’ll grill some meat, maybe imbibe some booze and sing songs.

So asking Israelis not to light bonfires on Lag b’Omer is like asking Americans not to barbecue on the Fourth of July: No matter what, it’s going to happen.

Bonfires are especially popular in Jerusalem, where the Jewish population is mostly religious. And in a park called the Valley of the Cross (it’s near a monastery), Israelis gathered in small and large groups around flaming piles of wood. Still more wood — mostly discarded shipping pallets — sat in disheveled piles near the road. Some of the celebrants blasted music and strung up Christmas lights. Others relaxed with their kids.

They each had their reasons for lighting up. Lag b’Omer, named for its place in the Omer, the annual countdown between Passover and the Jewish festival of Shavuot, is traditionally a celebratory day amid a sad season. Some Jews take on customs of mourning during these weeks in commemoration of the failed Bar Kochba revolt against the Roman Empire in the second century. The revolt, and the deaths it brought, are thought to have ended on Lag b’Omer.

Lag b’Omer is also remembered as the death day of the ancient Jewish mystic Rabbi Shimon Bar Yochai, who lived at the time of the revolt and, according to legend, survived in a cave for 13 years with his son. The bonfires are supposed to celebrate the light of Torah that he brought to the world.

Some of the Israelis in the park were true believers of that story. One woman, who gave her name as Ilana Shabbat, gave me a brief lesson on Rabbi Shimon when I asked if she liked bonfires. 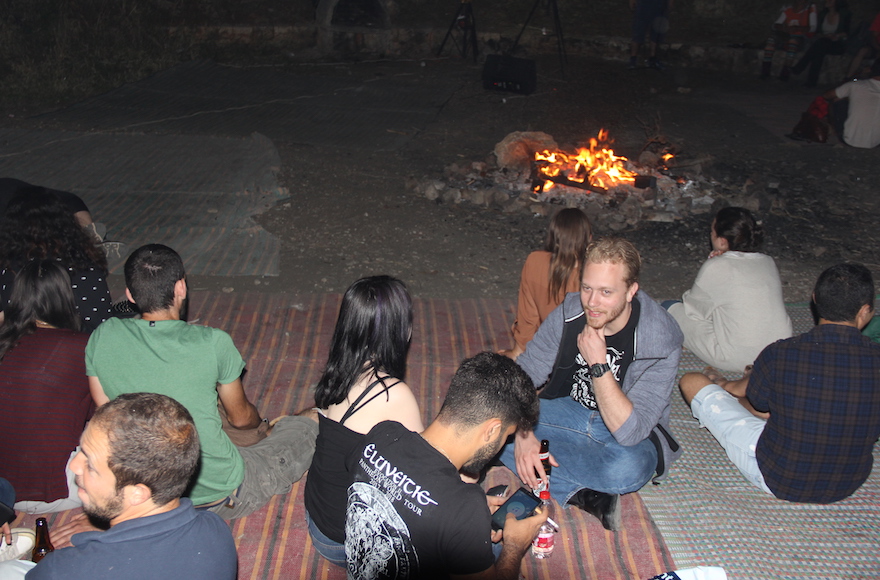 Her daughter had a different take.

“I love the idea of the bonfire — that everyone gathers around the bonfire,” she said. “It’s a place of light and warmth, but on the other hand it’s very dangerous.”

“The holy Torah is the same way!” her mother cut in. “Light — but you need to be careful not to get too close to it.”

Across the pathway, a few families gathered around their own bonfire. The adults chatted, drank and grilled a ginormous slab of entrecote. The kids were off on another blanket, apparently making pita on a traditional Druze oven.

“We love to be together with friends and to eat,” said Shmuel Bloch, the guy with the entrecote. “The kids are very happy.”

Down the road, dozens of young, mostly secular Israelis gathered for their own bonfire/slam poetry performance, but no one was really listening to the poets. To my right, a couple was making out. To my left, two women were looking disappointingly at the poets.

Not far away was the religious version of the same party. Young singles — women in long skirts and men in knitted kippahs, the standard fashion of the religious Zionist set — hung out around a bonfire while someone strummed a guitar. There was the same mix of flirting, clear disappointment and total lack of attention toward the performer.

Plenty of other groups built their own fires. Past 11 o’clock, they showed no signs of stopping. But everyone agreed on one thing: The Fire Department request was meant for irresponsible kids, not for them. They would be responsible, of course.

“What, we’re not going to do it?” asked Rivka Ziv, 27, who built a bonfire with three of her childhood friends. “Of course we’re going to do it.”