(JTA) — It should not be surprising that Rachel Bloom is on Team Michelle Wolf — supporting the comedian who may have singlehandedly killed the White House Correspondents’ Dinner with her scathing public roast of the Trump administration.

“She was hilarious,” Bloom said of Wolf in an interview with JTA. “There’s a double standard. Men who’ve said similar things don’t get blasted. People are still uncomfortable with women being as open and honest in the way men are.”

Bloom revealed last month that the fourth season of “Crazy Ex-Girlfriend” airing this fall will be the show’s last, but she hopes to carry her feminist momentum (she has been called, among other things, the “woman who made it OK to say ‘clitoris’ on TV”) into future projects. Right now, she’s uncertain what those will be. Bloom has had a contract since last year to write a book, which could consist of “personal essays, fiction, poems, opinions and more.” Her ideal project, she says, would be a mainstream movie musical akin to “The Great Showman,” only funny.

Option 2 is a Broadway musical — something she says she has been working toward since she dropped out of Hebrew school as a 9-year-old.

Fans can currently see her in her first film role in “Most Likely to Murder,” a comedy just released to DVD and on demand. The plot involves Billy Green (played by Adam Pally), a big man on campus-type turned failed adult who returns home in an effort to recapture his faded glory and win back Kara (Bloom), the girl he left behind. Everyone has moved on, and Kara has a new boyfriend, Lowell — a beloved pharmacist in town and a target of Billy’s bullying in high school. Kara seems to still have feelings for Billy, but she makes clear that she has learned from past mistakes. 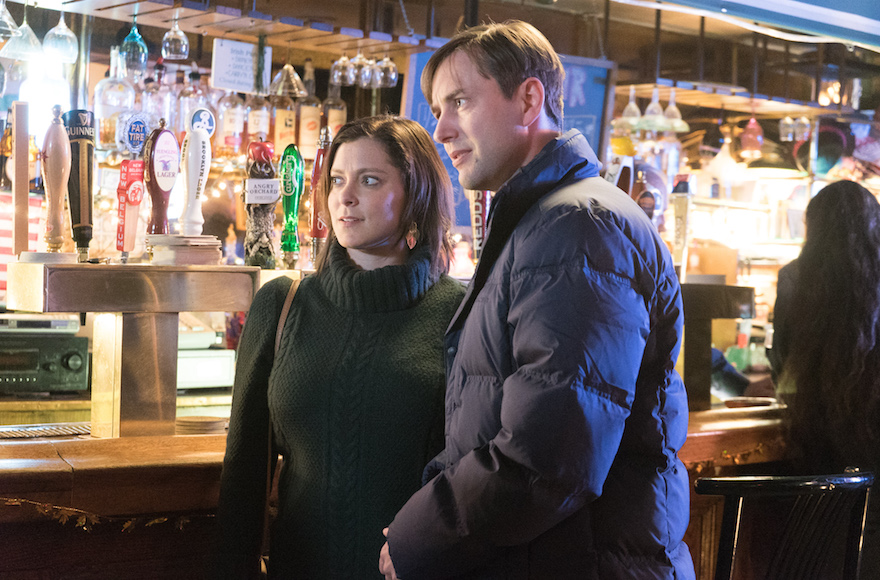 Bloom with Vincent Kartheiser in “Most Likely to Murder.” (Lionsgate Films)

“The character was written a little bit with me in mind,” she said. “That is definitely the way I talk about ex-boyfriends and men who have too much power over women. There was a lot of cut and paste there.”

Bloom says she “very much” enjoyed being pursued rather than being the pursuer as she is in “Crazy Ex-Girlfriend,” where she plays Rebecca Bunch, a successful lawyer who uproots her life in New York City to follow her childhood ex-boyfriend Josh to West Covina, a small city near Los Angeles. Like Bunch, Bloom suffers from what she came to recognize as obsessive compulsive disorder dating back to when she was a child. She also has been diagnosed with depression and become an advocate for those who face a stigma because of mental health issues.

“Crazy Ex-Girlfriend” has a loyal and vocal following (Bloom considers herself “a successful cult favorite”), and her fans turned out in large numbers when the cast embarked on a nine-city live tour singing the show’s songs as they were originally written (that is, before they were cleansed for TV consumption).

Apart from ABC’s “The Goldbergs,” it may be the Jewiest show on television. Perhaps its most Jewish episode involved a bar mitzvah in which characters played by Tovah Feldshuh and Patti LuPone (portraying a rabbi) sing a duet that aims to remind everyone how much Jews have suffered throughout history. In another episode, Bloom’s character and rival from back home in New York’s Westchester County engage in a rapping “JAP Battle,” exchanging insults and the kind of Jewish jokes normally heard behind doors at a campus Hillel.

Bloom grew up in the wealthy Southern California enclave of Manhattan Beach in what she calls a “very secular” Jewish family. She attended Hebrew school at a Conservative congregation — that is until 9, when she bored of it.

Her husband comes from a more observant Long Island family. Even before they officially became a couple, Bloom would attend a Passover seder at Gregor’s home. Bloom said she has gone to more Jewish events since becoming a part of his life.

But her Jewishness had always informed her career because “it somehow explained this feeling of otherness I always had. Where I pick up a stereotype or trope and explore why it doesn’t exist or why I don’t fit in,” she said.

“I was raised with the knowledge that I am Jewish, and I know the name of every celebrity who ever said anything anti-Semitic.”