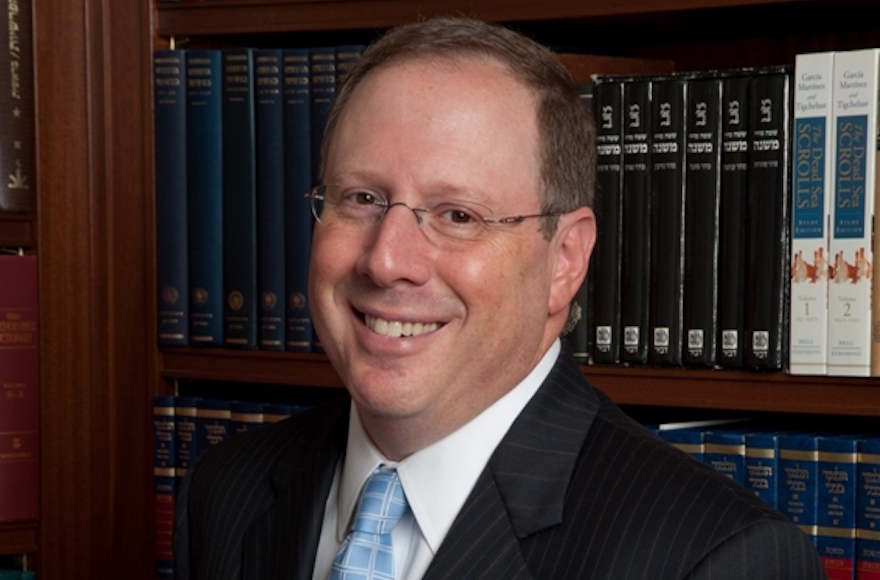 MidHudson News reported that the plane crashed in a wooded area in the Town of Wawayanda, near the New Jersey border Saturday. A passenger, Frank Reiss, a flight instructor, was injured.

An HUC release announcing Panken’s death said he was 53. Panken was a licensed commercial pilot.

MidHudson News quoted officials saying the yellow 1946 Aeronca plane went down about one mile after taking off from Randall Airport, a small private facility.

Panken had led the Reform movement’s flagship seminary since 2014. Prior to serving as the chief executive officer of HUC’s four campuses — in Cincinnati, Jerusalem, Los Angeles and New York — the native New Yorker held senior positions at the school, including vice president for strategic initiatives, dean of the New York campus and dean of students. He was ordained in 1991.

The HUC release called Panken an “ardent supporter of Reform Judaism in Israel.” It quoted him as saying, “As the only North American seminary with a full campus and programs in Israel, we are uniquely positioned to influence both Israeli and North American society, and to ensure that the relationship between these two great centers of Jewish life continues and thrives.”

On a 2015 Op-Ed for JTA decrying the perceived growth of fundamentalism in Israel, Panken said the Reform movement had an important role to play in advancing pluralism in Israel.

“Israel is a leader in technology, education, health care and more,” Panken wrote. “It should now strive to become a leader in religious pluralism and to embrace Reform Judaism as ardently as Reform Jews embrace Israel.”

Panken is survived by his wife, Lisa Messinger, his children Eli and Samantha, his parents Beverly and Peter, and his sister, Rabbi Melinda Panken of Congregation Shaari Emeth in Manalapan, NJ.

Panken grew up on Manhattan’s Upper West Side, was ordained by HUC, worked as an associate rabbi at Manhattan’s Congregation Rodeph Shalom and earned a doctorate in Hebrew and Judaic Studies at New York University. He also had a degree in electrical engineering from Johns Hopkins University.

Taking over at HUC in 2013, he told JTA that he intended to recruit the “best and brightest” to careers in the rabbinate.

Tributes to Panken appeared on Twitter within hours of the news. Israel’s consul general in New York, Dani Dayan, said the rabbi had hosted him less than a month ago at HUC. “A great thinker,” said Dayan. “A huge loss for the entire Jewish people.”

Rabbi Jonah Pesner, the director of the Religious Action Center of Reform Judaism, said Panken had been his “role model” since their days together in the Reform movement’s youth group.

Dan Shapiro, the former U.S. ambassador to Israel, remembered Panken as a “brilliant Jewish leader, an incredible mensch and a dear friend.”

Panken was to have presided over the ordination of rabbis and cantors at ceremonies in New York on Sunday, May 6. This year the seminary will ordain 28 rabbis at three campuses, and six cantors.

At separate graduation ceremonies in New York on Thursday, Panken told students: “For years, the Reform movement has stood for what is right and good, and I challenge our graduates today to do the same.”