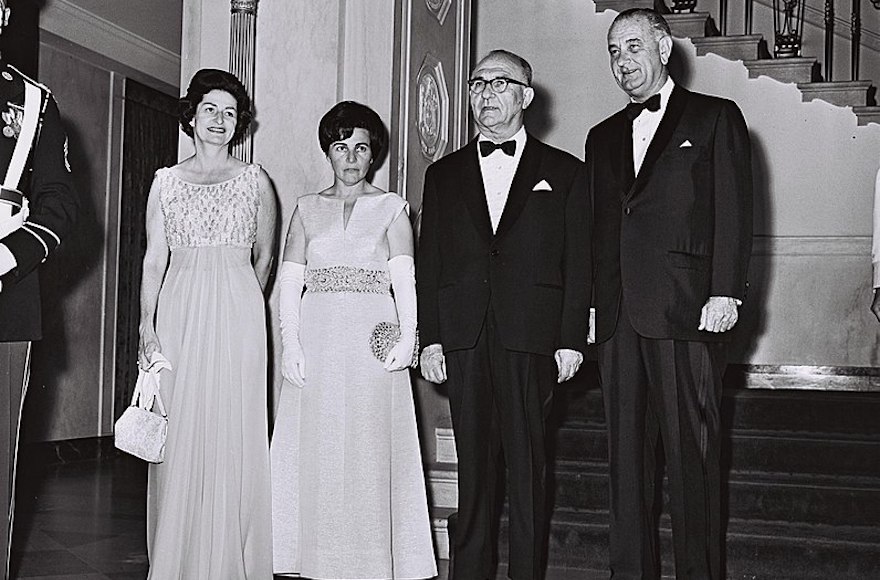 (JTA) — After John F. Kennedy was killed and Lyndon Johnson became the 36th president, LBJ told an Israeli diplomat, “You have lost a very great friend. But you have found a better one.”

Indeed, it was Johnson, as Senate majority leader, who stood in the way years earlier of Dwight Eisenhower’s plans to cut off assistance to Israel. He knew few Jews growing up in Texas, but cultivated lifelong friendships as he rose through the ranks of the Democratic Party, which had become the natural political home for most Jews.

Historians generally regard Johnson as the president most uniformly friendly to Israel.

“Johnson was the most emotionally committed to Israel of any American president — a fact that is not popularly known but is clear from his background,” Dennis Ross, a veteran Middle East negotiator in Republican and Democratic administrations, said last year at a symposium of the Washington Institute for Near East Policy, where he is counselor.

Johnson was the first president to invite an Israeli prime minister, Levi Eshkol, on a state visit. They got along so well — both men were farmers — that Johnson paid Eshkol the rare compliment of inviting him to his ranch.

LBJ soon abandoned pressure on Israel to come clean about the Dimona reactor. He increased arms sales to Israel and in 1968, after Israel’s primary supplier, France, imposed an embargo as a means of cultivating ties in the Arab world, the United States became Israel’s main supplier of weapons, notably launching the talks that would lead to the sale of Phantom fighter jets to Israel.

In a speech in the war’s immediate aftermath, Johnson effectively nipped in the bud any speculation that the United States would pressure Israel to unilaterally give up the lands it had captured. He laid down not only the “land for peace” formula that would inform subsequent U.N. Security Council resolutions, but made it clear that any formula had to ensure Jewish access to Jerusalem’s Old City.