There were 4.2 million anti-Semitic tweets in 2017, report says 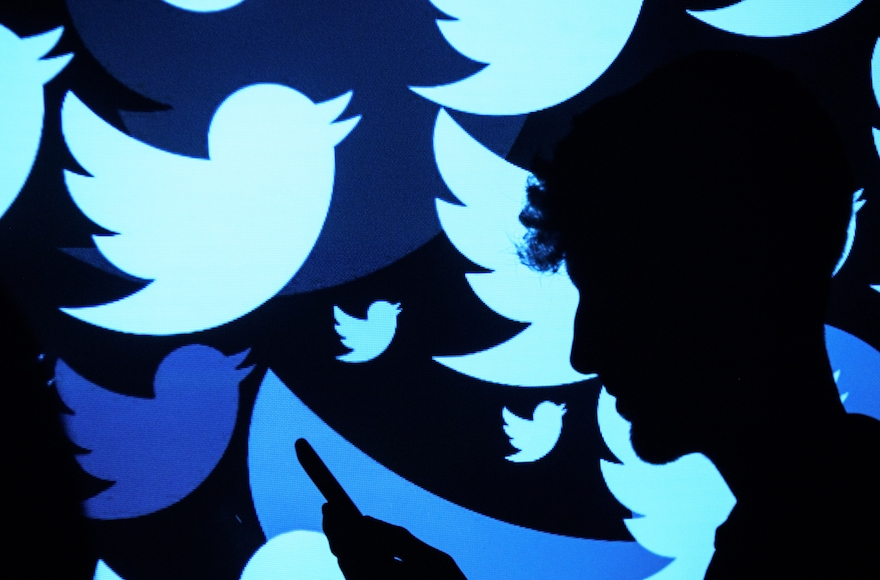 WASHINGTON (JTA) — The Anti-Defamation League estimated that there were 4.2 million anti-Semitic tweets out of the trillions posted on Twitter over a yearlong period.

In a report released Monday and timed with its annual Washington conference, the civil rights group’s Center on Extremism said its experts estimated “that the tweets were issued by approximately three million unique handles,” or accounts, in the period between Jan. 29, 2017, and Jan. 28, 2018.

The report, the first by ADL on anti-Semitic tweets, estimated the numbers ranged between 36,800 in the week of July 23-29 and 181,700 in the week between Dec. 3-9. It said there was no obvious detectable reason for the discrepancy.

The study did not control for “bots,” or automatically generated accounts. (Subsequent to the study, Twitter purged millions of suspected bots.) A program identified anti-Semitic language and experts examined 55,000 of the 19 million tweets that came under review by the program to statistically control for Twitter users who were citing the language to condemn anti-Semitism or who were using it with sarcasm or ironically.

The program searched for classic anti-Semitic stereotypes, like greedy bankers, despoilers of racial purity, God killers; anti-Semitic pejoratives, Holocaust denial; and praise for anti-Semitic figures. It did not focus on criticism of Israel except when it was cast according to the identified stereotypes or conspiracy theories.

Among the recurring themes the study uncovered were Jews as sexual predators, particularly relating to the allegations that movie mogul Harvey Weinstein had harassed and assaulted a number of women; age-old smears alleging that the Rothschilds control the world; references to Zionists as “racist warmongers who control the U.S. government and the media”; Holocaust denial; and claims that the billionaire philanthropist George Soros was behind “false flag” events meant to advance his liberal agenda.

The study said that one noteworthy development was the prolific use of the term “globalist” as an anti-Semitic slur.

“Although the term is not inherently anti-Semitic, ‘globalist’ is often used as a pejorative term for people whose interests in international commerce or finance ostensibly make them disloyal to the country in which they live, or who are willing to undermine the financial security of their neighbors in order to benefit transnational interests,” it said.

President Donald Trump and some of his top advisers have been criticized as skirting an anti-Semitic line with their use of the term. The ADL report did not mention Trump’s use.

ADL, a member of Twitter’s Trust and Safety Council, praised the social media giant for its attempts to improve “conversational health,” but recommended further actions for Twitter, including increased openness to outside review, making its terms of service more comprehensive and enforcing it and enhancing its offensive content filters.

ADL made the report available to Twitter prior to posting it and include Twitter’s response. Twitter said that among its planned reforms was “making affiliation with violent extremist groups against its terms of service; making hateful imagery harder to find by labeling it as sensitive content and banning it from profile and header pictures; communicating its rules more clearly to violators; improving how Twitter reviews abuse reports filed by third-party witnesses.”