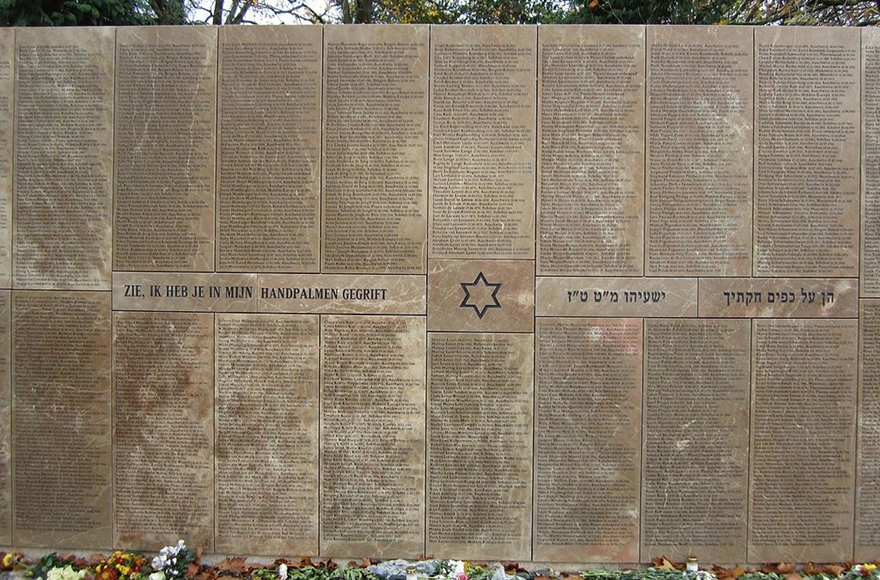 AMSTERDAM (JTA) — Unidentified individuals poured blood and mud on a Holocaust monument in the Netherlands shortly after the country’s national day of mourning for its war victims.

The blood was discovered shortly after the May 4 Memorial Day on the monument in Utrecht, 20 miles east of Amsterdam. It features the names of more than 1,200 Jews deported to their deaths from the city, RTV Utrecht reported Wednesday. The report did not specify the source of the blood.

Police said they do not yet know how the blood got on the monument or whether the people who put it there targeted a Jewish symbol.

The Dutch Railway Museum in Utrecht in 2013 had opposed plans to erect the monument near its entrance.

The museum is built on an old train station from which the Jews were deported.