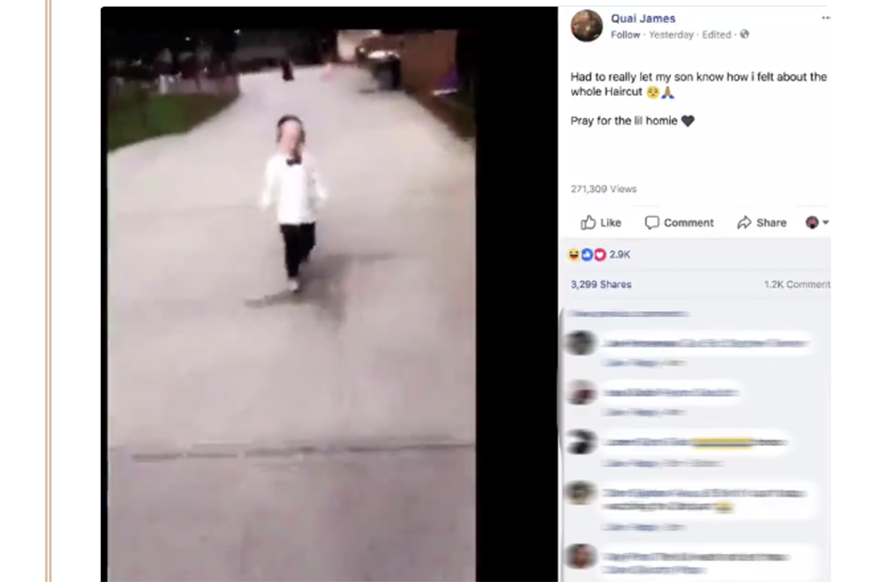 The video has since been taken down. (Screenshot from Twitter)
Advertisement

(JTA) — The man who posted a video on social media ridiculing the hairstyle of a young Hasidic boy apologized in a second, heartfelt, video.

“I’m sorry, I’m truly sorry,” Quai James of Yonkers, New York, said in a two-minute video apology on Tuesday morning, becoming flustered as he attempts to get across how sorry he is. “Like I think about it every day now. If it was my little brother … you’re right. I have nothing against Jewish people.”

He added that he has many friends who are Jewish. He called the video “immature” and said it amounted to “bullying.”

The original video showed a crying young boy with long sidecurls and the rest of his hair shaved close. James is heard telling the child from behind the camera: “I’d be crying if I looked like that too bro. That’s f*cked up what they be doing to you.”

James wrote in the post: “Had to really let my son know how i felt about the whole Jewish Haircut… Pray for the lil homie.”

The post was removed from both Facebook and Twitter, but not before it had been viewed 1 million times and liked more than 100,000 times. The post remains preserved in screenshots. Many viewers were appalled that James would mock a crying child. People and organizations on social media called it “sickening,” “unconscionable,” “gross,” and “dehumanizing,” as well as anti-Semitic.

Good afternoon to everyone watching .. I’m truly sorry for my actions .. @FonrougeGab pic.twitter.com/HaO4cwGaWN

James earned praised for his apology on social media and YouTube.