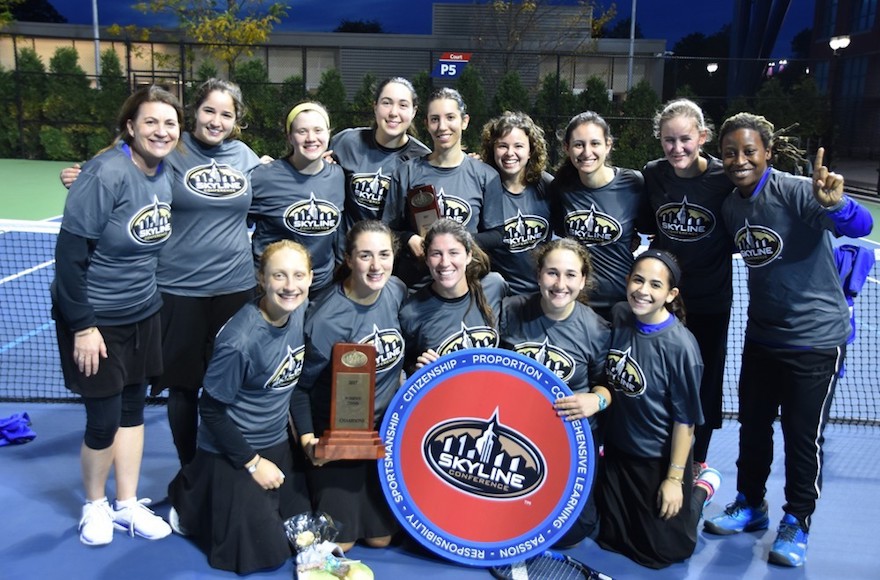 (JTA) — The Yeshiva University women’s tennis team became the school’s first female team in any sport to qualify for the NCAA tournament.

The team will go up against Skidmore College on Thursday in the first round of the NCAA Division III tournament. It earned a bid after winning the Skyline Conference Championship at the USTA National Tennis Center in New York City in October. The team finished the season with a record of 10-1.

YU’s men’s basketball team made its first appearance in the NCAA Division III tournament early in March, losing in the first round.