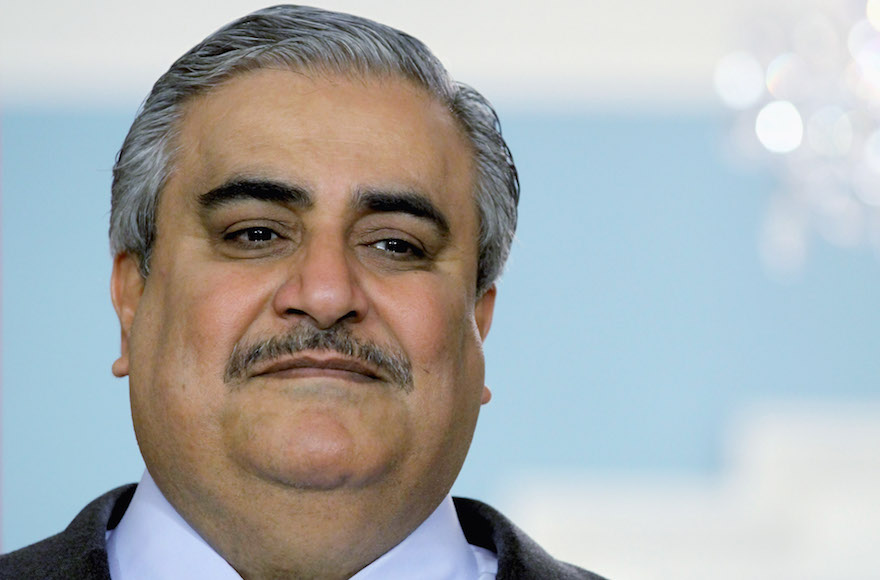 WASHINGTON (JTA) — The Bahraini foreign minister said Israel had a right to defend itself from Iran.

The message on Twitter Thursday, a day after Israel once again struck targets in Syria believed to house Iranian materiel and personnel, was unusual for an Arab leader in its blunt defense of Israel.

Bahrain is one of a number of Gulf states that have in recent decades moderated their views on Israel and allowed Israelis to visit and do business, but expressions of unadorned support for Israeli military action are exceptional if not unprecedented.

“As long as Iran has breached the status quo in the region and has (yet to) evacuate its troops and missiles, any state in the region, including Israel, is entitled to defend itself by destroying the sources of danger,” Sheikh Khalid bin Ahmed bin Mohammed Al Khalifa said in Arabic on the social media website.

Israeli combat aircraft hit Iranian military installations overnight, in response to a barrage of rockets on the Israeli-held Golan Heights. As many as 23 troops with Syrian and allied forces were killed.