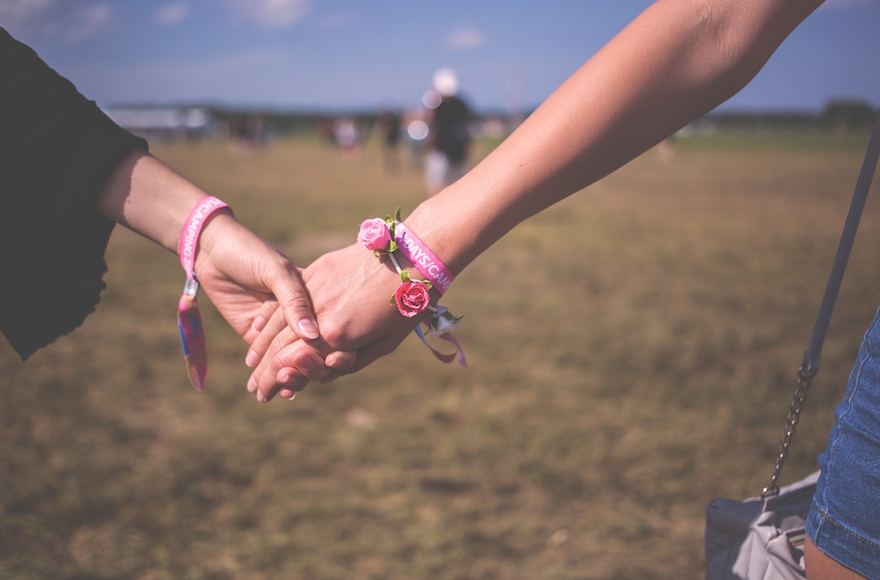 (JTA) — The #MeToo movement has empowered women to speak up against harassment and abuse. It is heartening to see many men standing as allies and organizations beginning to hold themselves accountable for establishing policies, procedures and transparency and for changing the workplace culture.

For those of us working in youth-serving spaces, it is difficult to think that even one of the people charged with keeping kids safe is capable of doing harm, but we cannot change what we do not acknowledge.

The firing of once-beloved camp leaders facing credible accusations is painful. Removing offenders feels dramatic but it is a critical next step forward in building a healthy culture around gender, sex and power at Jewish summer camp.

Summer camp is where many of us form our deepest and longest-lasting relationships. It is often rightly held up as a healthy oasis, an alternative to the social pressures of popular culture, including a much-needed break from life driven by screens.

And yet, we bring all of our cultural norms and expectations with us to camp. Normative discriminatory or biased attitudes toward gender, sex and power can lead to inappropriate behavior mirroring the outside world, from all levels – administration, counselors and campers.

According to research conducted in 2017 by Moving Traditions and Foundation for Jewish Camp involving staff from 25 camps, even at camps with strong policies, many pre-teens and teens still feel intense pressure to conform to rigid codes of dress, speech and behavior based on gender. Even at camps with excellent policies, sexist shaming and sexual pressure are unfortunately commonplace and are too often ignored or even encouraged by young staff. Despite efforts and intentions otherwise, camp is a microcosm of the larger world outside and these behaviors are ingrained in the culture. While for many youth camp is a safe place to explore emerging desires and romantic interest, for others the camp environment brings harmful pressure to “hook up” for acceptance, and reinforces painful heteronormativity for questioning youth.

In an effort to open the discourse around sex, gender, power and violence and create a community of practice for prevention and response in the Jewish camp field, FJC launched the Shmira Initiative. Shmira will be a robust multiyear program to create common language and policies around consent and respect at camp. Camp professionals will train with experts like Moving Traditions, which offers training and curricula around healthy sexuality, gender norms, and resisting sexism through a Jewish framework. Moving Traditions has brought its programs to summer camps as well as to teens in their Rosh Hodesh, Shevet, and Tzelem groups.

Starting this month, more than 90 camps will be represented at the FJC-sponsored day-long trainings in Chicago, Los Angeles and New York. Moving Traditions’ faculty will share new tools and approaches to address these issues proactively, and camp professionals will share strategies and challenges with each other. These meetings will open the conversation on gender, sex and power at camp – removing the stigma and fear so that we can adequately address issues head-on.

We need to take time to nourish a healthier culture. To identify where and how to set healthy boundaries to protect all campers. To foster healthy conversations about personal and communal values on body image, gender codes, sexual identity and sexuality. To make it clear that sexist, misogynistic  and homophobic humor at camp can create a hostile environment. To help staff to challenge expectations based on gender, reduce communal pressures of “hook-up” culture and create an environment conducive to building friendships.

And ultimately, for those camp leaders who are seeking to create an environment that supports healthy romantic relationships, we need to explore the best practices for teaching consent, and the Jewish values that guide sexual decision-making. Camp staff and counselors need to develop a common language of consent and a clear process for reporting and dealing with concerns as they arise.

Now is the time to stand together – lay leaders, professionals, funders and parents – in support of these leaders. It takes courage to engage in this discourse and some of the interim results may lead to painful decisions. We need to give camp leaders the space to share the challenges that they have encountered, to implement new forms of training, and to create healthier ways of relating at camp.

This effort will take time, but it is, without question, an effort that will positively contribute to the lives of the thousands of college students who work at camps each summer and the tens of thousands of campers who are in their care.

(Deborah Meyer is the founder and CEO of Moving Traditions, which trains Jewish educators and emboldens teens by fostering self-discovery, challenging sexism, and inspiring a commitment to Jewish life and learning. Jeremy J. Fingerman is the CEO of the Foundation for Jewish Camp. FJC works to highlight the value and importance of the nonprofit Jewish camp experience to parents, leaders, and communities.)