NFL star Antonio Brown’s mansion has a synagogue in it 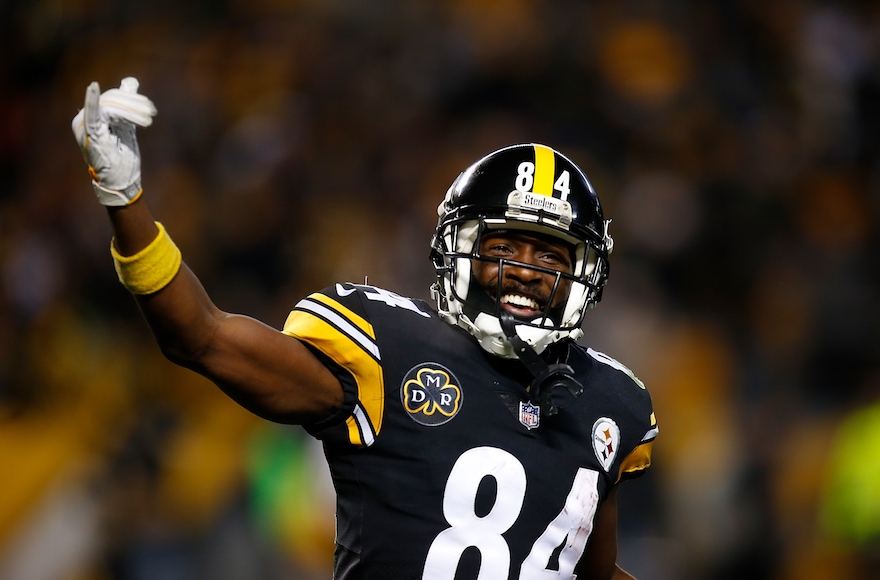 Brown isn’t Jewish, but he showed off the house (more accurately, one of his multiple houses) and impressive sneaker collection in an interview with Complex magazine on Monday.

“I got a lot of Jewish friends, and a synagogue is where you bless up,” he said when asked about it. 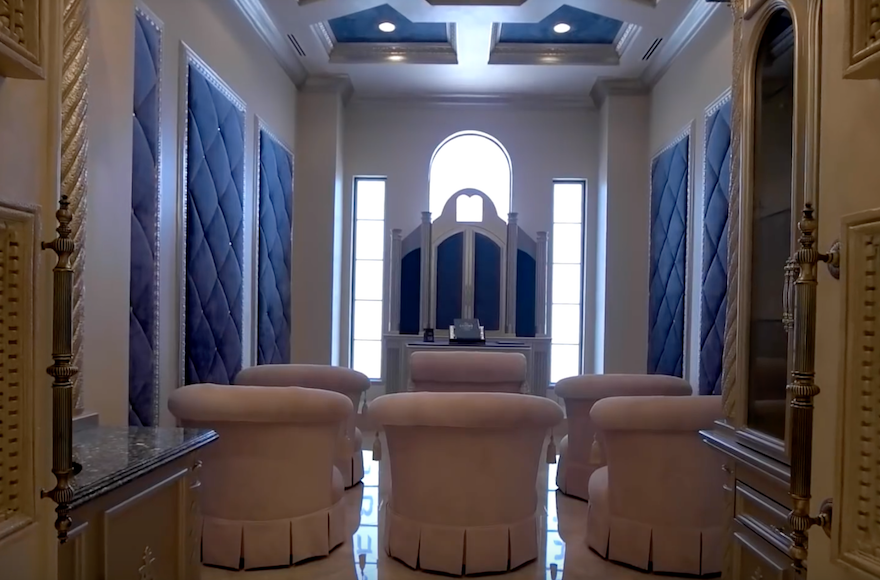 A look at the synagogue in Brown’s Miami mansion. (Screenshot from YouTube)

He may have Jewish friends who frequent the synagogue, but the house was originally built by Yizhak and Liat Toledano. Brown bought the property from Yizhak, an Israeli-born real estate developer, in 2016.

The house also contains a station for ritual hand washing, or netilat yadaim, connected to a dining room, and three kitchens, which according to The Times of Israel were kept kosher under the Toledanos’ ownership. 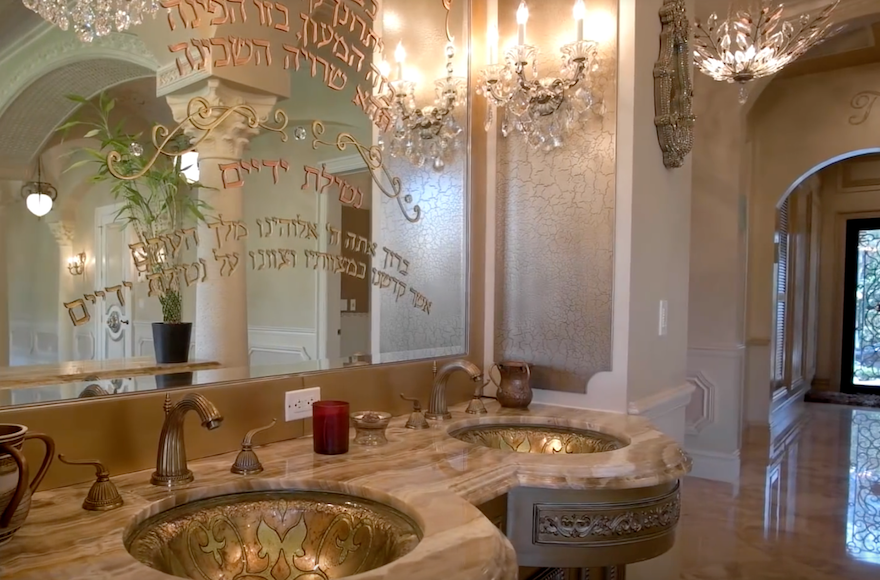 A look at a ritual hand washing station in Brown’s house. (Screenshot from YouTube)

Brown, who has been one of the league’s best receivers over the past half decade, might not have been improvising when he said he has many Jewish friends. He has shown affinity for Jews before, notably wishing Jews a happy Rosh Hashanah on Twitter in 2012.

Happy New Year to all my Jewish friends ! #Cueupu

(#Cueupu is a reference to a motivational motto that he calls his slogan: “Chest up. Eyes up. Prayed up.”)

He was a contestant on “Dancing With the Stars” in 2016 right after he bought the house, and was asked about the synagogue. His interviewer said that he should dance the horah with his partner on TV.