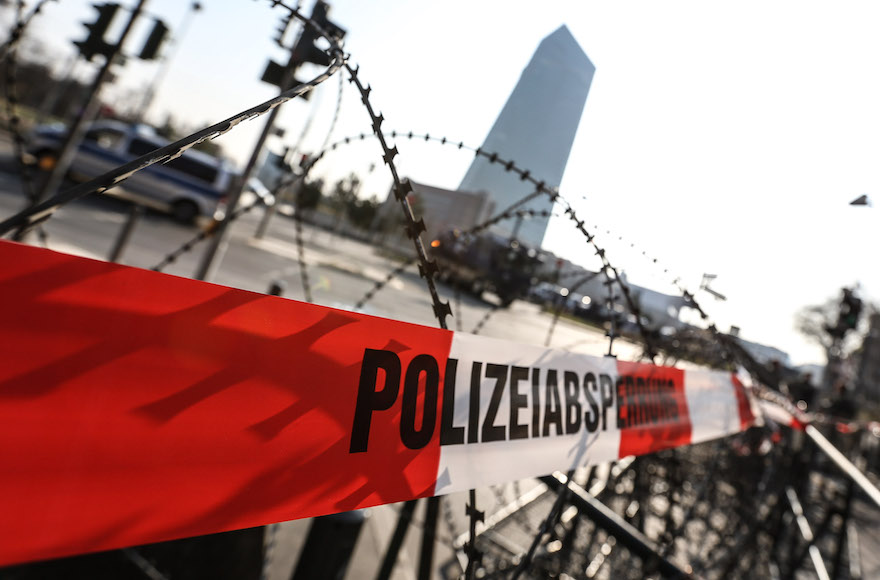 BERLIN (JTA) — A Jewish woman due to testify in court next month was found stabbed to death in a Frankfurt park.

The body of a woman identified as Irina A., age 29, was discovered on May 9. The woman allegedly had been involved in inventing a “sex-mob” story of mass rape and abuse by “foreigners” on New Year’s Eve 2017 in Frankfurt. Police found no evidence of such an incident, and Irina A. was reportedly not even in the city at the time.

On Friday, police arrested a suspect in her brutal murder. The suspect, identified only as Jan M., is a 50-year-old restaurateur who was charged along with Irina A. for the false crime report.

A man walking his dog in Nidda Park at 6:30 a.m. on Wednesday discovered the Irina A.’s blood-smeared body. An autopsy confirmed that her death was a murder. Her jewelry and purse were missing. The attack reportedly left her face unrecognizable. Her white Mercedes was later found parked nearby.

News reports identified Irina A., who ran a real estate and jewelry business, as a member of Frankfurt’s Jewish community. Photographs show her wearing a silver Star of David pendant. A Facebook profile that apparently was hers has been changed to a “memorialized account.” Jan M. is among her many friends.

Using cell phone records, police reportedly have placed him close to the crime scene. Traces of his blood were allegedly found there as well.

Both have been described as active in club scenes.

More than a year ago, on Feb. 6, 2017, Jan M. and Irina A. were interviewed in Germany’s most-read tabloid, Bild, about their claim of a “sex-mob” attack in Frankfurt. Jan M. said that when he approached Fressgas street in downtown Frankfurt “the whole place was crowded with a group of about 50 Arabs… The women were asking me to help them because they were being groped.” Irina A. added that “they grabbed me under my dress, between my legs, on my breasts, everywhere.”

The report was sensational but quickly debunked. The Bild’s editor apologized for the false news story and false accusations resulting from it.

In November 2017, Irina A. and Jan M. were charged with false reporting of a crime. The trial was to have started in June.

Police have called on the public to come forward with any information that will help the investigation.