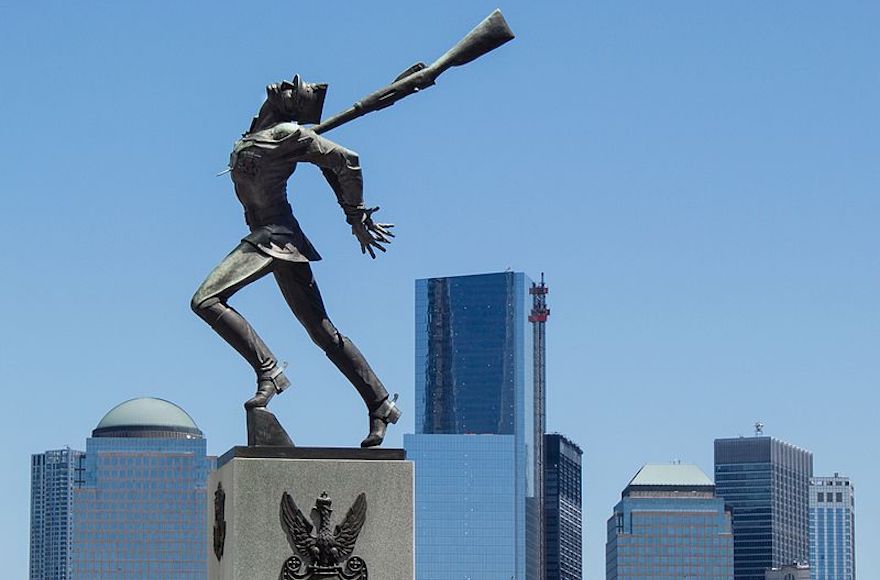 (JTA) — A statue that commemorates the Polish victims of a World War II massacre will be relocated on the Jersey City waterfront in an agreement that ends a war of words between city officials and Polish authorities.

Jersey City Mayor Steve Fulop and the Katyn Forest Massacre Memorial Committee arrived at the agreement on Friday, and will announce the details on Monday, the Jersey Journal reported.

The monument on the east bank of the Hudson River commemorating the Katyn Forest massacre is set to be removed due to work on a waterfront redevelopment project. The area where the statue is located is planned to be turned into a new, kid-friendly park, including a splash area.

The committee said in a statement over the weekend that the statue will be relocated to another prominent area on the Hudson River, at the foot of York Street.

Following announcement of the agreement, rallies against the removal of the statue planned by the Polish community were cancelled.

The bronze and granite statue shows a tied-up Polish soldier who has been stabbed in the back with a rifle bayonet. Polish-American sculptor Andrzej Pitynski created the work in 1991.

Fulop tweeted on Friday that an agreement had been reached, calling it a “win-win.”  A photo with the tweet shows him standing at the waterfront with Eric Lubaczewski, the executive director of the Polish-American Chamber of Commerce. The tweet also said: “The goal was one that respects/cares/keeps the monument in an extremely prominent location to honor sacrifices while also giving #JerseyCity a chance to re-purpose our waterfront.”

Lubaczewski told the Polish Press Agency that the new location in an existing park is in a better place to allow people time to stop for private reflection. He said the monument should be moved in the next 60 to 90 days. He added that the land on which the monument will sit would be deeded to the Polish consulate or the memorial committee for 99 years.

In the debate leading up to the agreement, Fulop, who is Jewish, called a Polish senator who criticized the city an anti-Semite.

I met w/Eric Lubaczewski + senior officials from the Polish Govt + we have a resolution as a win-win. The goal was one that respects/cares/keeps the monument in an extremely prominent location to honor sacrifices while also giving #JerseyCity a chance to re-purpose our waterfront pic.twitter.com/wdWdITXcAl