Near Albany, NY, Jews and Catholics propose a Holocaust memorial 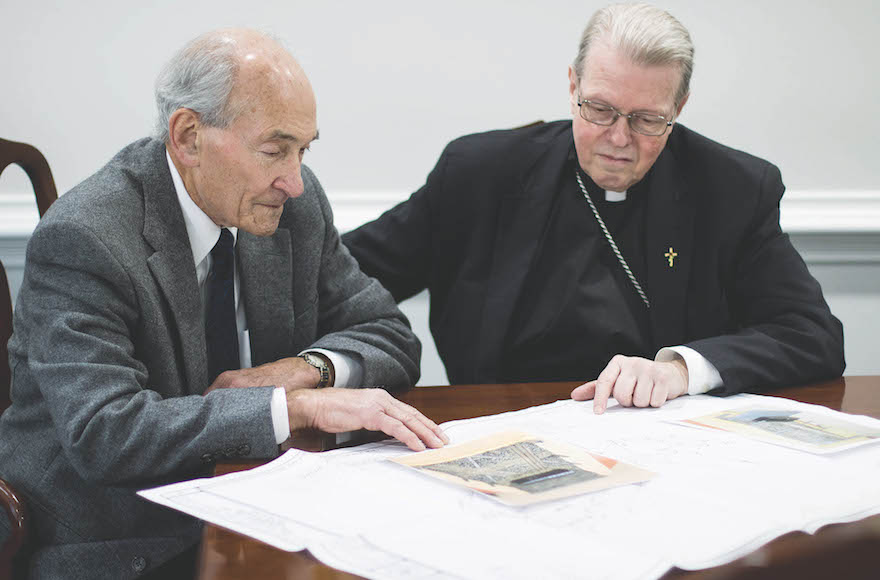 TEANECK, New Jersey (Jewish Standard via JTA) — Perhaps because he has spent so many years working to restore abandoned Jewish cemeteries in Eastern Europe, Michael Lozman has come to believe that the lessons of the Holocaust must be disseminated as widely as possible.

That has meant erecting a memorial in Grosovo, Belarus, where almost 300 Jews were killed and buried; bringing students to Eastern Europe to stay with village families and learn more about the Shoah; and now heading efforts to build an ambitious Holocaust memorial near his home in a suburb of Albany, New York.

“It all comes together,” he said. “I spent the past 16 years restoring cemeteries in Eastern Europe, and when I came back home, I realized that this was a project I wanted to do. Albany does not have an appropriate Holocaust memorial.”

Lozman, an orthodontist from Latham, New York, whose father came from a small village in Belarus and later emigrated to the United States, has proposed an outdoor memorial near New York’s capital city that has the added benefit of being an interfaith project.

Lozman noted that this might be the first time in the United States that a Catholic diocese has joined with the Jewish community to develop a Holocaust memorial. Bishop Edward Scharfenberger, who heads the Roman Catholic Diocese of Albany, offered to provide a newly acquired piece of church property next to the Catholic cemetery.

“Since it had not yet been consecrated, he could deed this to our foundation,” Lozman said.

“It’s an extremely important step forward,” he added. “It shows a great deal of sensitivity to the effects of the Holocaust. The bishop is to be commended for his willingness and enthusiasm.” 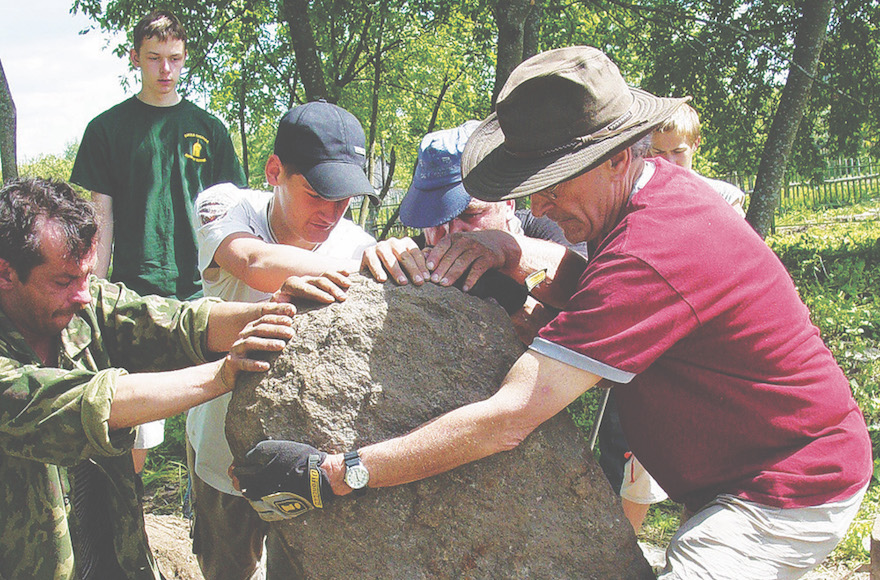 A team raising a fallen gravestone in a Jewish cemetery in Belarus, where Michael Lozman has led efforts to restore Jewish cemeteries. Lozman is on the right. (Jewish Standard)

The memorial, which will cost an estimated $1.4 million that Lozman is raising through his own foundation, will incorporate a railroad boxcar, railroad tracks in the shape of a star of David and a large wall meant to represent a gas chamber, all enclosed by a wire fence.

Lozman imagines the effect will be “similar to visiting the Vietnam Memorial, [so that] one would be drawn into the memorial, to be changed by the hard truth of what they are seeing. It is not designed to be shocking, but by symbolism, to portray a shocking history.”

The proposed memorial will be in Niskayuna, a suburb that is both close to Albany and on a major highway. The memorial will be buffered by trees and have its own entrance onto the highway. The town Planning Board unanimously recommended that the town allow the memorial, and Niskayuna Town Board held a public hearing about the proposal on April 10, but hasn’t reached a decision.

“Niskayuna is an excellent location,” he said. “The town has a great school system, high employment, and is a model community. In years to come, this memorial will become an important landmark that the community will be proud of because it will be an expression of people caring enough to help educate against hatred and express hope for a better tomorrow.” 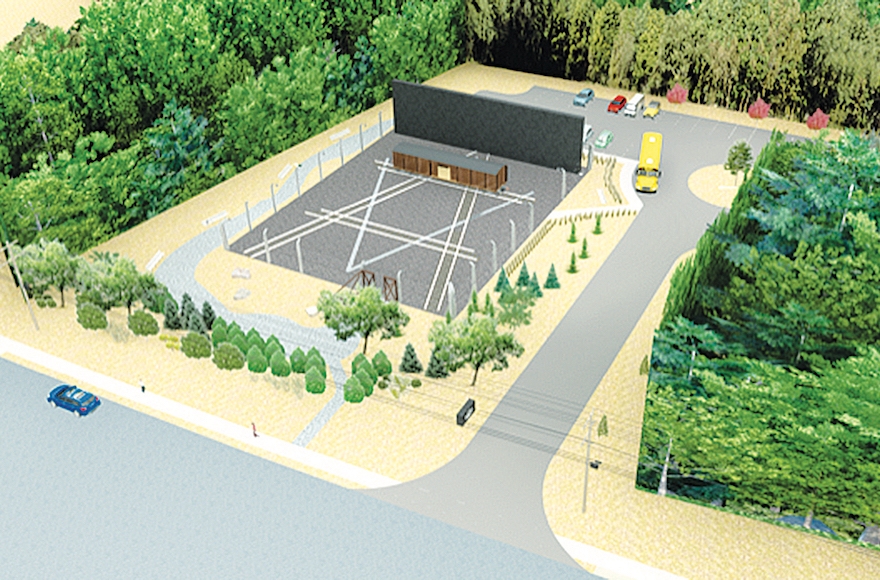 And yet not everyone is on board with Lozman’s proposal. Some neighbors don’t want so grim a memorial nearby, and even some local Jews are objecting to its design and the process for its approval.

“I did not move in [to Niskayuna] to be next to a Holocaust concentration camp,” Marjorie Knickerbocker, a neighbor, told The Daily Gazette.

One child of Holocaust survivors, Mishka Luft, told the Albany Times Union that the design for the memorial is “misappropriating symbols of the death camp.”

After initial complaints that Lozman didn’t coordinate his plans with the local Jewish federation, he says meetings are underway with its leaders to “share thoughts and opinions.”

Lozman said that, despite the pushback, “most people overwhelmingly see the bigger, long-term picture. This is educational, so that when one goes there, they have the sense, the feeling, of what the Jews went through. We are going to have kiosks along the pathway with signage explaining the symbolism of the items used in the memorial. It will also provide a historical perspective of what the Holocaust was all about and information on how many others were killed in the Shoah as well.”

Lozman said he anticipates that students who visit the memorial will have learned about the Holocaust in their schools, and that teachers will accompany them to the site to offer further instruction. He hopes that school buses will make their first stop at the Jewish federation building in Albany, where they will receive additional information about the Shoah.

Lozman’s interest in Holocaust commemoration began when he visited his father’s village and saw the deplorable condition of the cemeteries. With the Jews killed and most synagogues burned, without an effort to fence in and restore the cemeteries, “there would be no physical evidence that the Jews were there,” he said.

“This is a way to preserve Jewish history,” he added.

Lozman has worked hard to spread his message, but, he said, “If there was no Holocaust, none of this work would be necessary. I’m doing it for the victims of the Holocaust. What else can you do for them? They deserve to have their family cemeteries preserved and their family names preserved.

“It’s for the victims, but it’s also preserving our Jewish heritage.”