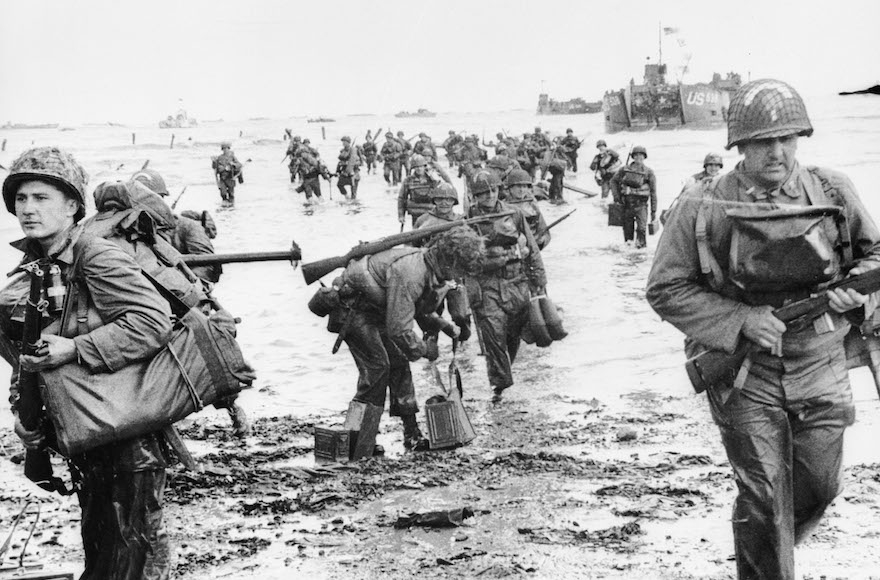 (JTA) — A far-right race baiter who works as a columnist for a respected weekly British current affairs magazine wrote a piece sympathizing with the Wehrmacht, the unified armed forces of Nazi Germany.

Thursday’s column by Taki Theodoracopulos, a Greek writer who lives in London and New York, is behind a paywall.

In the column, Taki, as he is known, basically asks readers to feel sorry for the 76,000 Germans, reserve troops who had “not trained in combat,” as they fought against 150,000 British, American and Canadian troops in Normandy on D-Day. He visited the site as a guest of liquid natural gas magnate Peter Livanos.

“It might sound strange me writing in The Spectator from a German perspective, but fair’s fair. I asked my companions which side they’d choose, and all of them agreed that the attacking forces had a better chance of survival than the defenders,” he wrote.

Taki runs his own online publication,  Taki’s Magazine, described as a libertarian webzine of “politics and culture” but which often dabbles in sympathy for the far right. In 1998 he accused Jews of “trafficking in the Holcoaust,” saying their “constant harping on about the Germans seems to be motivated by profit.”

The headline over his D-Day article changed during the day. The first headline read: “In praise of Wehrmacht: The real story of D-Day is the heroism of the German soldiers who were vastly outnumbered but fought nobly and to the death.”

Hours later it was changed to read: “The truth about D-Day: Don’t believe the Hollywood version. The fact is the Wehrmacht were sitting ducks.”

Taki’s column “High Life” has appeared in the Spectator since 1977.