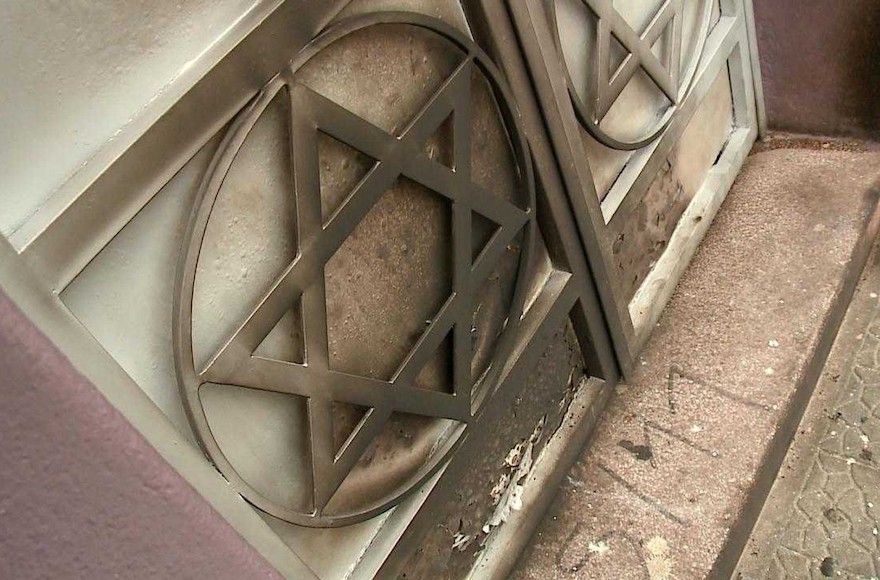 RIO DE JANEIRO (JTA) — Vandals set fire to a synagogue in southern Brazil after painting threats to the Jewish community on its walls.

Flammable fuel was dumped under the main entrance door of the Israelite Society of Pelotas building on Thursday, and set alight causing minor damage. The criminals also wrote pro-Palestinian messages on the wall as well as threats to the Jewish community, which should “wait” for an “international Intifada.”

Local Jewish leaders said the attack was “an insult to democracy and freedom of speech and religion,” and called for the involvement of federal authorities.

The synagogue’s wooden door and furniture, glass windows and the electric installations were damaged.

“It is alarming that the tension in the Middle East translates into an attack on the Brazilian Jewish community. We have contacted the police authorities responsible for investigating and punishing the perpetrators of this criminal act of violence and religious intolerance,” said Fernando Lottenberg, president of the Brazilian Israelite Confederation, the country’s umbrella Jewish organization.

This was the third recent attack on the synagogue. In addition to pro-Palestinian slogans, calls for the release of jailed leftist ex-president Luis Inacio Lula da Silva had been written on the walls in previous attacks. Arrested last month for corruption, populist leader Lula was a strong supporter of the Arab world and his two terms as president were marked with a strong anti-Israel sentiment.

Founded in 1933, the synagogue is the central meeting point for the 70 Jewish families of Pelotas. The city of some 350,000 residents is located in the south of Brazil’s southernmost state, Rio Grande do Sul, which includes the country’s largest population of German immigrants and their descendants and commonly sees neo-Nazi incidents.