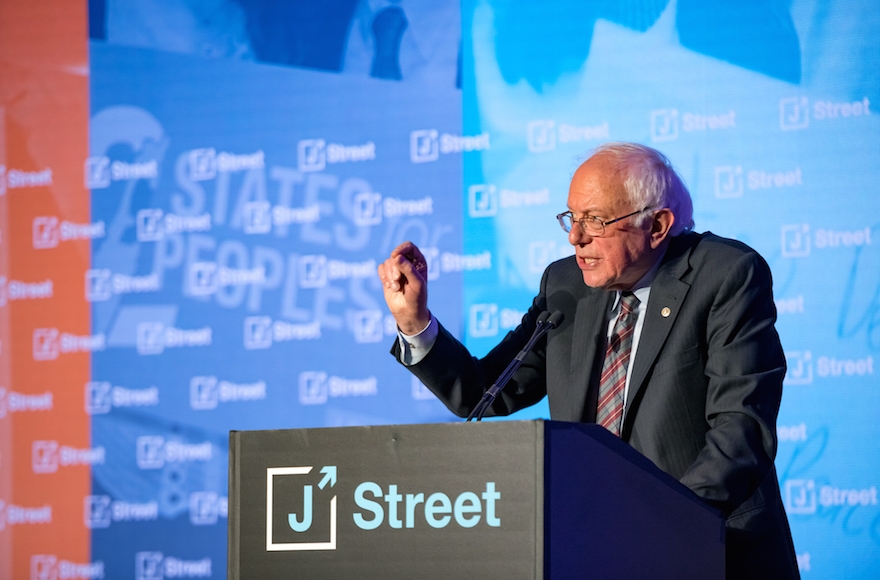 (JTA) — U.S. Sen. Bernie Sanders, I-Vermont, who ran for president in 2016, announced that he is running for reelection to the Senate.

The Sanders campaign made the announcement on Monday. It also appeared on Sanders official Twitter page.

I have some important news to share, and I wanted you to hear it from me: Today, I am announcing my intention to run for re-election to the United States Senate in 2018.

“These are frightening and unprecedented times. We have a president who is not only a pathological liar, but someone who is trying to win votes by dividing our nation up based on the color of our skin, our country of origin, our religion, our gender or our sexual orientation,” Sanders tweeted. “If reelected, you can be sure that I will continue to be the fiercest opponent in the Senate to the right-wing extremism of Trump and the Republican leadership,” he also tweeted.

Sanders’ campaign said the campaign will launch next month with rallies throughout the state of Vermont. He has served in the Senate since 2006, and before that in the House of Representatives from 1990.

Sanders, 76, was a candidate for the Democratic presidential nomination in 2016.  He has not indicated what his plans are for 2020, though his supporters are trying to draft him to run again for president. Sanders was the first Jewish presidential candidate to win nominating contests in a major party.

Sanders has repeatedly criticized Israel for its treatment of the Palestinians, coming down hard on Israel’s military in recent weeks for what he describes as “overreacting” against Palestinian protesters on the border with Gaza.

“The killing of Palestinian demonstrators by Israeli forces in Gaza is tragic. It is the right of all people to protest for a better future without a violent response,” he tweeted on March 31.

“Meanwhile, the situation in Gaza remains a humanitarian disaster. The U.S. must play a more positive role in ending the Gaza blockade and helping Palestinians and Israelis build a future that works for all,” he also tweeted.

Last week he released a video which described the protesters’ demands as “an end to the ten-year blockade” Israel imposed on the Strip after a season of intensive rocket fire on Israel, “an end to the occupation, and the right to return to their former homes inside Israel.” The video did not say whether Sanders supports a Palestinian right of return, however.

Politico reported that, as he did in 2006 and 2012, Sanders will run as a Democrat, declining the nomination when he wins and then running as an independent.