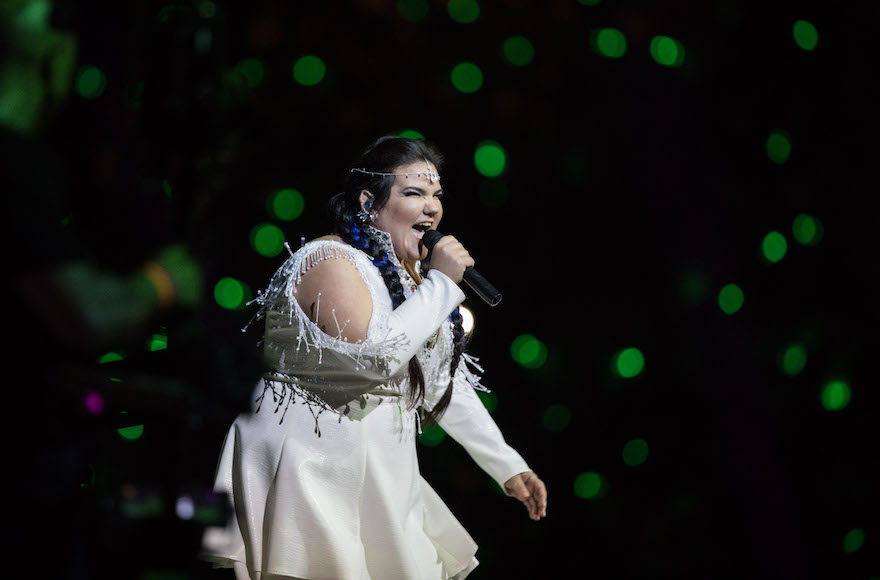 AMSTERDAM (JTA) — Eurovision organizers have dismissed as “speculation” reports of political tensions over Israel’s hosting of the song contest  next year.

The organizers said this week in an email to JTA that they are finalizing the event with Israeli officials.

They declined to explain why on Tuesday, they warned followers of the official Eurovision Twitter account not to book flights to Israel “just yet” and instead “keep an eye out for announcements on our official channels.”

“We have no more to say on the matter at this time,” organizers wrote in the email in response to a question on the unusual move, which they did not make in previous years.

The message touched off reports, which the organizers in the email dismissed as “speculation only,” of disagreements between organizers and Israeli officials over various aspects of the competition, including matters connected to the Israeli-Arab conflict.

“No decision on the location or dates for the Eurovision Song Contest 2019 have been taken,” organizers wrote to JTA. “Work has begun on agreeing the specific logistics for hosting the competition, including where and when it will take place. The final decision will be taken by the host broadcaster in conjunction with the European Broadcasting Union and its members.”

Israel won the 2018 contest on May 19 with the song “Toy” by Netta Barzilai. According to the annual competition’s rules, the winning country hosts the following year’s contest.

The dozens of countries competing in the Eurovision include ones with bloody territorial disputes and alleged occupation, including Azerbaijan and Armenia, Russia and Ukraine and Turkey, Greece and Cyprus (Turkey left the European Broadcasting Union, and the competition, in 2013). The disputes seldom affect Eurovision events programming.