What are right-wing extremists doing in Republican primaries — and what can the party do about it? 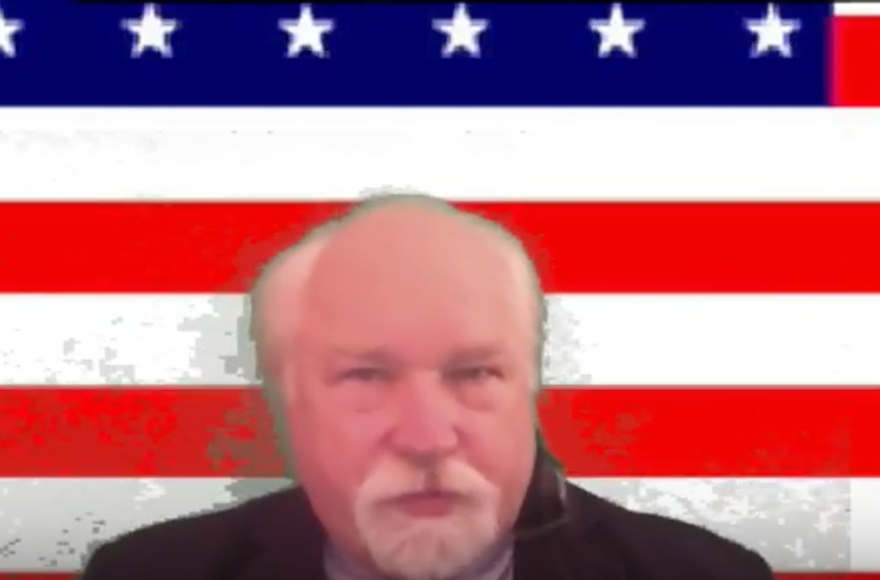 Bill Fawell, seen in one of his YouTube videos, believes in 9/11 conspiracy theories. (Screenshot from YouTube)
Advertisement

“GOP House candidate in Illinois is a 9/11 truther, said Beyonce had ties to the Illuminati,” another says.

Both headlines would be alarming enough if they weren’t about two separate congressional races. The emergence of fringe candidates as the top challengers in these two districts and elsewhere is giving Republicans headaches. And it is raising questions as to who or what is to blame for the seeming mainstreaming of  hate- and conspiracy-mongering.

Is it Donald Trump and his “America First” populism? An emboldened “alt-right”? Social media’s megaphone effect?

In Illinois’ 17th Congressional District, in the state’s northwestern corner, Democratic incumbent Cheri Bustos will face a GOP nominee named Bill Fawell, who believes, according to CNN research posted Friday, that the 9/11 terrorist attacks were an inside job, and that Beyonce and Taylor Swift are stumping for the Illuminati, a worldwide domination sect that some conspiracists insist exists.

In the same state’s 3rd district, comprising southwest Chicago and its suburbs, Arthur Jones, a Nazi — not a sobriquet, his preferred affiliation — became the GOP candidate despite being rejected by national Republicans and the state party for denying the Holocaust.

Party leaders have also gone out of their way to denounce Paul Nehlen, who is seeking the soon-to-be-vacated seat of House Speaker Paul Ryan in Wisconsin’s 1st, and Patrick Little, who is running for the U.S. Senate in California. Nehlen proudly attacks his enemies as Jews and Little is a white supremacist.

The GOP’s critics are taking notice.

“Republican Anti-Semites on the Rise” was the subject line on a recent newsletter distributed by the Jewish Democratic Council of America.

What’s going on? Here are some answers.

Funds are limited when you’re fighting for your political life.

In the 17th, Illinois Republicans declined to run a viable nominee in a district where Trump won by less than a percentage point in 2016, though he gained 16 points over Mitt Romney in 2012. That opened the door for Fawell, a one-time Libertarian with a conspiracist streak. The Republicans’ decision reflects a system in which both parties are strapped for cash and forced to prioritize some seats over others — leaving the same seats vulnerable to extremists who otherwise would never make the cut.

Republicans are very much on the defensive this year, fearing a “blue wave” that will hand the House of Representatives back to the Democrats. It doesn’t make sense under those circumstances, party leaders say, for a state or national party to throw away fundraising on unwinnable districts, and if there’s no real apparatus within the district to run a credible candidate, anyone can sneak in.

“With the map of competitive races so extensive this cycle, neither the national party or local parties have the luxury of working to attract candidates to run as a suicide mission in an unwinnable race,” Matt Brooks, the Republican Jewish Coalition’s executive director, told JTA in an email. (JTA also has a query into the Illinois State Republican Party.) 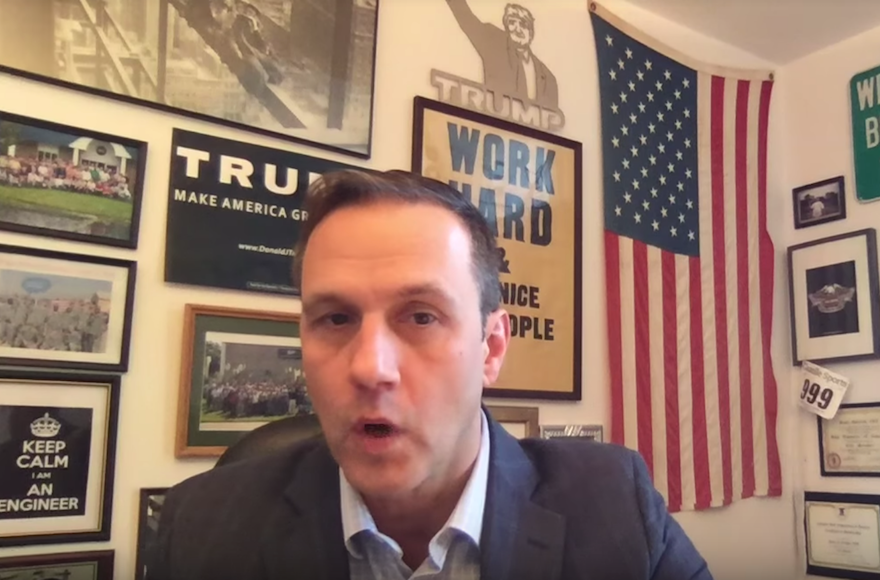 Mark Pitcavage, the director of investigative research at the Anti-Defamation League, says extremists have a longstanding tradition of lying in wait for establishment parties to abandon “unwinnable” primaries and then rushing in — often at the last minute to avoid legal counteractions — to seize the prize. And both major parties have been targets. The tactic dates at least to 1980 when Tom Metzger, a white supremacist, won the Democratic nomination in California’s 43rd District comprising the San Diego area. Democrats ended up endorsing the Republican incumbent to keep Metzger out of Congress. (He lost.)

“They know they have no chance to win the congressional or senatorial seat they’re running for,” Pitcavage said. “But then they become the nominee, and for the rest of their lives they can use that — major party nominee — for credibility or attention.”

The alt-right is emboldened.

Nehlen in Wisconsin and Little in California are not stealth candidates — not this time anyway. (Nehlen obscured some of his more toxic views when he first ran against Ryan in 2016.) Now the candidates are upfront about their views and affiliations; Little was forcibly removed from the California State Party convention earlier this month, kicking and dragging an Israeli flag. He has opined at length on YouTube about the “Jewish problem.” Nehlen obsesses about Jews in the media.

Coming out makes sense at a time when there is at least the appearance of mainstreaming of some of their views. A number of past and current officials in the Trump administration have affiliations with the alt-right, and the president has not wholly repudiated the movement’s views.

Pitcavage said that the resulting media oxygen for the alt-right emboldens some of its figures into believing their ideas can fly in an election.

“There’s been more attention given this year to people like Nehlen and Jones,” he said.

Nothing, said the RJC’s Brooks. Bad apples are the price one pays for an open system.

“In a democracy, ballot access is sacrosanct and anyone can run.”

Wake up, the ADL’s Pitcavage said. Run party-sanctioned candidates even in unwinnable districts.

“This is true for both parties. Even if you can’t win, it’s never a good idea to not have a candidate for an important seat,” he said. “What if something happens to the [opposition party] incumbent which might make the contest viable? If you cede the ground, crazy people might come forward to take it and embarrass you.”