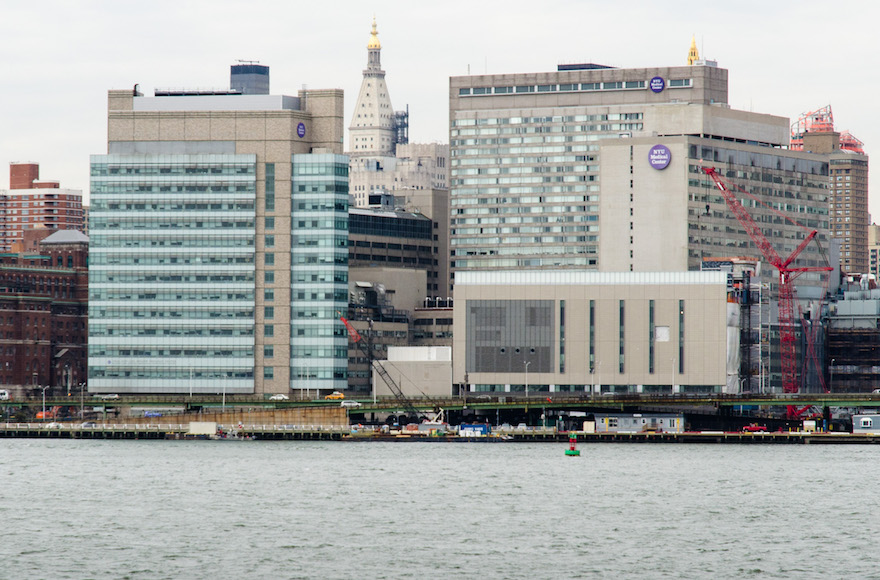 NEW YORK (JTA) — One of this city’s largest hospitals has accused a Hasidic group that visits sick patients of lying about the hospital’s policy to limit access by volunteers to patient floors and rooms.

Dr. Andrew Brotman, senior vice president and vice dean for clinical affairs at NYU Langone Health, said a claim by the Satmar Bikur Cholim that it is being barred from its hospitals is “an outright falsehood.”

Brotman said groups like Satmar Bikur Cholim may still bring food to hospital-approved volunteers at its facilities, but that a recent policy limiting direct visits to patients is meant to prevent interactions with medical staff that a hospital statement described as “chaotic, counterproductive and outright harmful.”

The statement comes in response to a JTA article earlier this week that reported on the new policy at NYU hospitals. In the article, the Satmar Bikur Cholim claimed that it was being barred from the hospitals and delivering kosher food because the medical staff resented its role as patient advocates. The Hasidic group has threatened to call for a boycott of NYU hospitals.

The Satmar Bikur Cholim director, who asked not to be named, told JTA that the hospital objects to her group’s “strong patient advocacy,” which includes providing referrals to doctors and home health care, and counseling patients on issues like end-of-life care. Jewish law as interpreted by Orthodox Jews often conflicts with general practice on issues like ending life support, brain death and feeding patients who are deemed terminally ill.

Brotman in his statement acknowledged tensions over the group’s advocacy work. 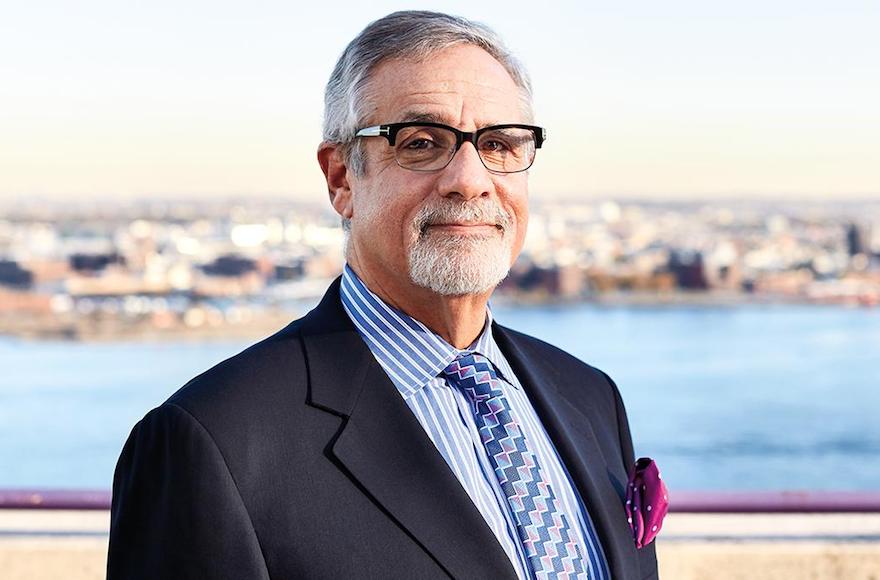 Dr. Andrew Brotman, a NYU Langone Health senior vice president, says Satmar Bikur Cholim is making “an outright falsehood” with its claim that the group is being barred from NYU hospitals. (Courtesy of NYU Langone)

Satmar Bikur Cholim “wants to position itself as the ultimate authority on all aspects of healthcare, including choosing what treatments and doctors patients and their families should ask for, and which services doctors should accept or refuse, especially when it comes to end-of-life decisions,” said Brotman, who declined to speak to JTA for the original article. “Conflating this bigger issue with the unsupervised delivery of food to patient floors is dishonest and deceitful, and intended solely as fear mongering to vulnerable populations for suspicious personal gains.”

The news release containing Brotman’s comments also asserts that Satmar Bikur Cholim “has gone out of its way to distort the truth by spreading outright falsehoods and misleading innuendo, and Lashon Hara – which is antithetical to the very ethics and values of the Jewish community.”

“Rather than engage in a constructive dialogue, NYU has chosen to insult an esteemed organization which has been providing services to the community for more than 50 years,” he said. The statement “shows how little respect they have for the organization, and it grossly underestimates the support it has from the Satmar community.”

NYU says that Satmar Bikur Cholim is welcome to restock the hospital’s own bikur cholim rooms, which it has set aside at two of its hospitals (a third is planned at its orthopedic hospital in Manhattan). However, the volunteers may not personally deliver food to patients. NYU says its own hospital volunteers will bring the food from the bikur cholim rooms to patients.

“First and foremost, NYU Langone Health’s Bikur Cholim program is as extensive as any hospital system in the city, if not the country,” Brotman said. “Fulfilling the religious and cultural needs of everyone who comes to our hospitals is integral to ensuring the welfare and well-being of our patients and the communities we serve. It is fundamental to our very mission.”

The Satmar group’s director said her group is still considering a boycott of the hospital.

“A boycott is definitely something in the making,” she said. “We’re trying to take all steps to avoid a situation that’s going to be uncomfortable for both NYU and the community. We’re at a point where if nothing else works, this is what we’ll need to do. We hope NYU understands that it’s to their best interest to let us come back.”

The head of an association of Orthodox Jewish nurses — who herself works at NYU Langone — weighed in on the spiraling dispute.

“My colleagues and I, frum [Orthodox] NYU nurses, are terribly disappointed in how Satmar handled this,” said Blima Marcus, a registered nurse with a specialty in oncology who works at the Perlmutter Cancer Center. Marcus is president of the Orthodox Jewish Nurses Association, which has about 2,000 men and women in its network, she said. She indicated she was speaking as an individual, not in behalf of the organization. 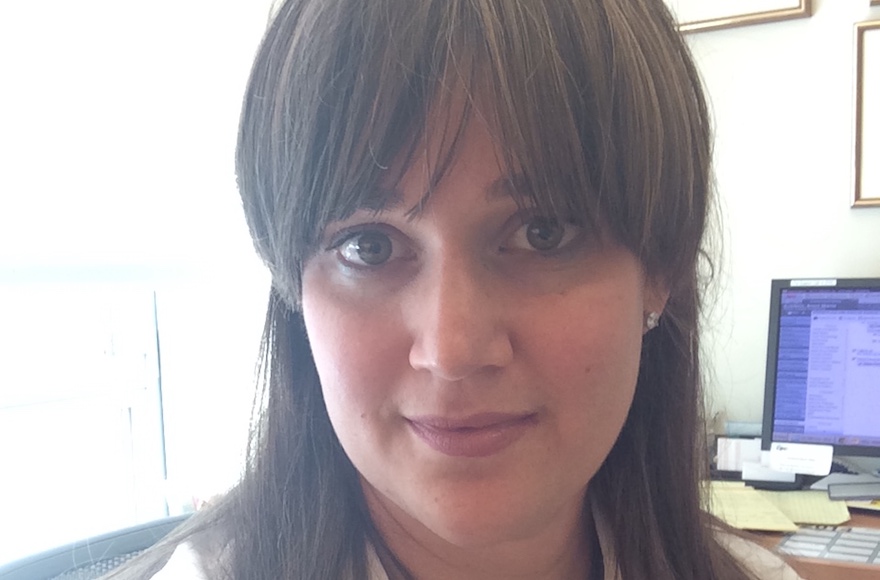 NYU Langone is known for having a large number of Orthodox Jewish patients and staff, Marcus said, and the hospital “is extremely culturally competent.”

As an example, she said the hospital sends frequent notifications to staff about the Passover seders and holiday services it offers, including a temporary outdoor booth for Sukkot meals.

Marcus said the Satmar Bikur Cholim dispute with NYU reflects poorly on the Orthodox community as a whole and is embarrassing to her and her religious colleagues.

“The assumption that observers should be allowed access to health decisions is bizarre,” Marcus told JTA in an interview. “If I’m a patient talking to my physician about my advance directive or health care proxy and a Satmar woman delivering soup thinks she overhears something and asks if I want to talk about it, that is overstepping bounds.

“It’s illegal, unethical and vastly inappropriate” for them to get involved in patients’ medical care, she said. “They should not be advocating. They should be delivering chicken soup and leaving.”

JTA learned Friday that other members of the Hasidic community, including some representing the Satmar movement, met Friday morning with NYU Langone officials suggesting that Satmar Bikur Cholim does not speak for the entire community. A source who provided photographs of the meeting said “NYU reassured their full commitment to serve the community and will continue to accommodate Bikur Cholim activities in accordance with the Hospital policies.”
In a direct message, the source wrote: “The community greatly appreciates the @NYULangone leadership for their understanding and cooperation.”