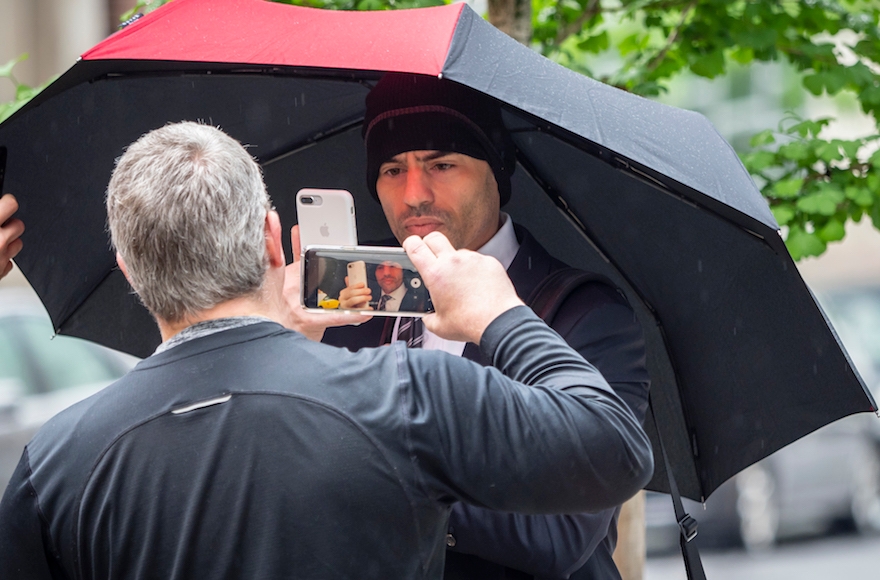 (JTA) — A lawyer who was filmed berating employees of a New York City eatery for speaking Spanish received a letter with suspicious white powder, police said.

Aaron Schlossberg and another person were exposed to the unknown substance at the lawyer’s office in Midtown Manhattan at about 4 p.m. Thursday. Police say the two were being evaluated, NBC reported, citing police sources. Police were testing the substance to see if it is noxious.

Last week, Schlossberg became incensed at hearing workers speak Spanish in a Manhattan restaurant. In the rant caught on video and reported on national news outlets, he threatened to call Immigration and Customs Enforcement to have the workers kicked out of the country.

Critics hired a mariachi band to play outside his apartment and demanded he be disbarred.

Schlossberg, who is Jewish, later apologized for the incident, saying it was “unacceptable.”