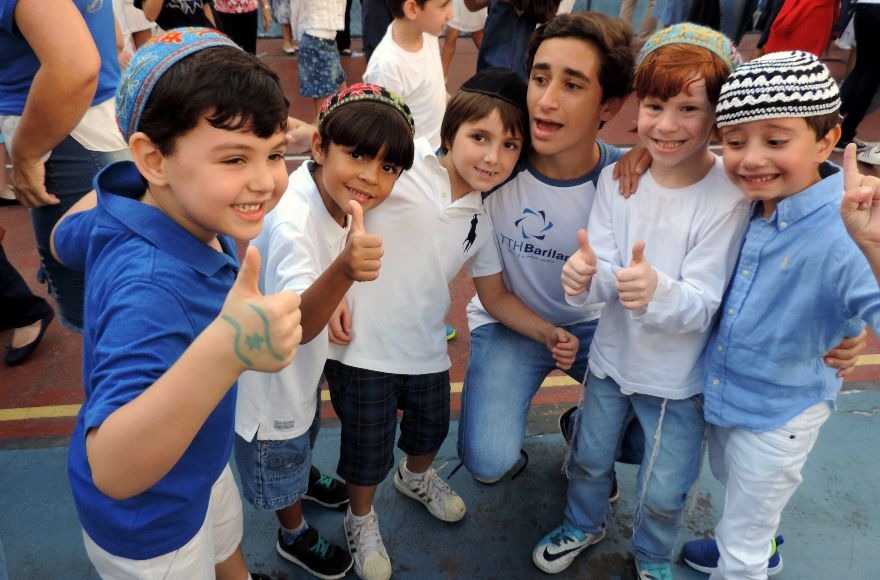 RIO DE JANEIRO (JTA) – A Brazilian Jewish school has raised some $750,000 in donations in a 30-hour campaign blitz to fund scholarships.

TTH-Barilan, Rio’s only Orthodox Jewish school, exceeded its initial target by 40 percent with contributions from over 800 donors between Tuesday and Wednesday. One-third of the school’s 400 students have their $1,000 monthly school fee wholly or partially funded by scholarships.

“How to reduce an exodus [of students] is the $1 million question,” Barilan’s president, Rafael Antaki, told JTA after announcing the tally results on Wednesday. “We have been working hard to reduce the fees without compromising quality.

“However, Jewish parents must value the Jewish feeling of belonging, otherwise you can’t compete with non-Jewish institutions, which are not inclusive for not offering scholarships and therefore tend to deliver more for the price they charge.”

During the campaign, which was widely seen due to teaser videos on WhatsApp and Facebook, every amount donated via credit card or bank deposit was multiplied by four with the help of sponsors including Brazilian-Jewish businessmen and philanthropists Joseph Safra and Elie Horn.

“Tzedakah is a very important element in Jewish culture, it’s one of the biggest mitzvot,” Andre Wajsman, Charidy donation platform specialist in Brazil and a Barilan alumnus, told JTA. “Although Brazil doesn’t have a culture of donating, people have been learning the importance of donating.

Founded in 1954, Barilan is a Zionist institution located in the heart of Copacabana, Rio’s most heavily Jewish neighborhood. It features two synagogues, the Bnei Akiva youth movement and a kosher restaurant open on Sundays.

Barilan has seen some 100 students make aliyah to Israel in the past three years. In 2017, Brazil had a record number of olim, some 700 people, most of them seeking a better quality of life.