Who is an anti-Semite? Republicans and Democrats grapple with the question. 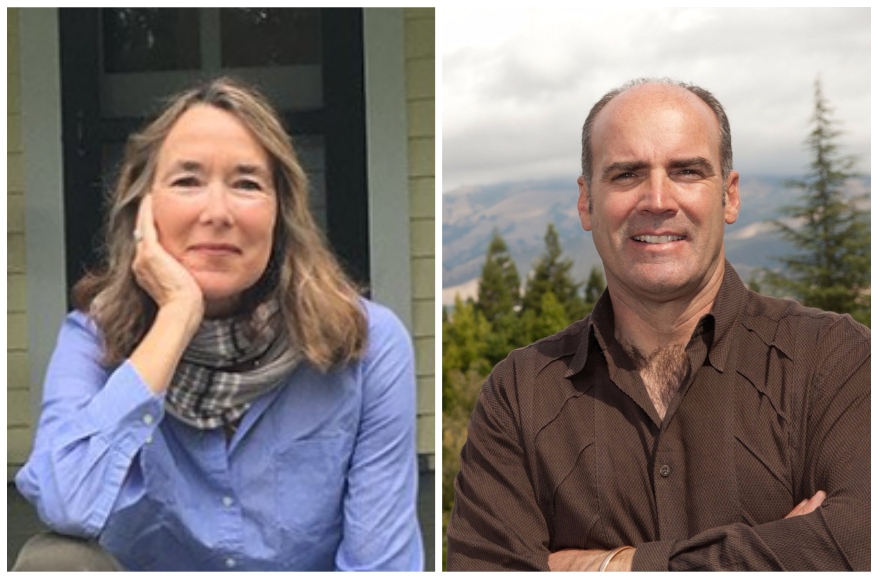 (JTA) — Two congressional races have been beset in recent days with charges of anti-Semitism, and each case — in California and in Virginia — uncovers challenges for Jews in the Republican and Democratic parties.

In both cases, Jews in the respective parties are grappling with old problems made sharper by recent developments. Democrats for years have had a left wing that tended to see Israel as a problem more than an alliance, but the party’s drift from the country in recent years has brought a once marginal tendency to the fore.

John Fitzgerald, in California’s 11th District, is at least the third Republican nominee in a congressional district expected to vote Democratic who has associations with the far right. (Two others are in Illinois. In all three cases, extremists seized the opportunity when the state and national GOP ignored unwinnable races and secured the Republican nomination by default.)

Fitzgerald peddles myths, for instance, that an army of Jews working in government are in fact Israeli citizens. (They are not. A list he links to on his campaign website generously includes a number of non-Jews presumed to be Jewish, among them National Security Adviser John Bolton.)

In Fitzgerald’s case, GOP condemnation was so swift, landing in inboxes before much of the media knew his anti-Semitism was a thing. In a statement sent Tuesday evening to the media, the Republican Party in California said it took steps to remove the endorsement automatically conferred on him when he became the nominee.

“The California Republican Party’s Board of Directors took swift and decisive action to eliminate any support for John Fitzgerald due to anti-Semitic comments he made recently — those views have no home in the Republican Party,” the state party chairman, Jim Brulte, said in a statement. “As always, California Republicans reject anti-Semitism, and all forms of religious bigotry, in the harshest terms possible. We reject John Fitzgerald’s campaign and encourage all voters to do the same.”

In the same release, the Republican Jewish Coalition said that “the California Republican Party has been a good ally in our fight against anti-Semitism in the past, and we proudly stand shoulder-to-shoulder with them on their decision to reject support for Fitzgerald.”

It has been a busy season for the RJC and its condemnations of putative neo-Nazi candidates. Two weeks ago its target was Patrick Little, a U.S. Senate hopeful in California who says Jews control the United States.

Little, the RJC said, “is a white nationalist whose anti-Semitic, racist, bigoted views put him far outside of the GOP and civil discourse.”

Little has told David Duke, the best-known American white supremacist and former Ku Klux Klan leader, that he thinks Trump could one day be persuaded of the merits of his anti-Jewish arguments.

Little’s at zero in the polls, but his optimism is fueled in part by an administration that has been populated by alt-right figures and a president who equivocated in his condemnation last year of the neo-Nazis who marched in Charlottesville, Virginia, in a protest that included deadly violence.

Charlottesville is in Virginia’s 5th Congressional District, once solidly Republican, but now a possible pickup for Democrats eager to retake the U.S. House of Representatives with the sudden announcement this week by incumbent GOP Rep. Tom Garrett that he will not seek re-election.

The Democratic nominee, Leslie Cockburn, is a journalist who perhaps is best known as the mother of actor Olivia Wilde (“House”). But 27 years ago she earned notoriety of a different sort when she co-wrote “Dangerous Liaison: The Inside Story of the U.S.-Israeli Covert Relationship” with her husband, Andrew.

Virginia’s Republican Party this month seized on the book to cast Cockburn as a “virulent anti-Semite.”

By way of evidence, it quoted reviews at the time from Commentary, the conservative pro-Israel magazine, and The New York Times. Neither review calls the 1991 book anti-Semitic, although Commentary does insinuate that it is hostile to Jews per se. Joined with another review I uncovered, in the Los Angeles Times, the book’s principal sins appear to be that it is often vaguely sourced, sensationalist and driven by a lazy anti-imperialist agenda. (The headline to the Commentary review is, irresistibly, “Inside Dopes.”)

Virginia Jewish Democrats appear to agree that the book is problematic, but not anti-Semitic, as they indicated in interviews with The New York Times this week after Cockburn attended a salon organized by Charlottesville Jews, and also in a posting on Blue Virginia, a pro-Democratic blog.

“We urge voters in Virginia’s 5th who consider themselves allies to Jews in Virginia and throughout the country to go out and discover the truth for themselves: that these charges against Leslie Cockburn are false, made in bad faith, and should be dismissed for not even meeting the lowest bar of evidence to support them,” said the Blue Virginia post by David T.S. Jonas and Lowell Feld.

Jonas and Feld acknowledged that the book was lacking in some respects.

“The writing can be too sensationalist at times, making it seem like the authors are pushing too hard, rather than letting readers come to their own decisions,” they wrote.

At the Charlottesville salon, The Times reported, the consensus was that Cockburn was not anti-Semitic, but that she represented a trend among Democrats unsettling for pro-Israel Jews.

“None of us think she’s anti-Semitic,” Sherry Kraft, an organizer of the meeting, told the newspaper. “That’s not even an issue. It’s more where are you about Israel. There’s a lot of negativity toward Israel from the political left right now and people who call themselves progressive.”

Plunging into political marriages is a delicate affair, but there are indications that the spouse who has Israel issues is not Leslie but her husband. Internet searches come up with plenty on Andrew Cockburn, who just last year was peddling the far left and baseless accusation that Israel is aligned with the Islamic State, and who in a 2007 Oxford Union debate spoke about a pro-Israel “stranglehold” on debate in the United States.

For Leslie Cockburn, all I got was this 1991 appearance on C-Span with her husband pitching their book. Leslie Cockburn, who weathered Scud attacks on Israel as a journalist during the first Gulf War, seems quite enamored with the country. She fretted at the time that Israelis were vulnerable not just to Scuds but to misfired U.S.-operated Patriot anti-missile missiles.

“Israelis are very interesting people, also,” she said. “The fact is, Israelis love to talk and tend to be, at least in this business — in the arms business and in intelligence — fairly gregarious, and also they have a lot of feuds with each other, very strong personalities. It’s a very interesting group of people to work with.”

Will Cockburn’s co-authorship of the book hurt her? She’s already pushing back hard, taking to Twitter to call Republicans “desperate” and to quote an Israeli historian, Irad Malkin, as saying the anti-Semitism charge is “outrageous.”

The desperate Republicans have lost their candidate and are slinging mud.
Professor Irad Malkin, Israel Prize Laureate for History, says in reply, “I wrote extensively about her book in Ha’aretz in 1991. To say that Leslie Cockburn is anti-Semitic is outrageous.”

In a season where partisan divisions on Israel are deepening, Republicans will naturally run on the pro-Israel relationship. Campaigning in Tennessee this week, Trump spoke at length about his decision to move the U.S. Embassy to Jerusalem. The move earned him a standing ovation last week at a closed-door, minimum $50,000 a head fundraising dinner in New York, according to a report in Politico.

And Democrats stumping for Jewish votes will circle back to the threats posed by Trump’s flirtations with the alt-right, and the overlap between the alt-right and plain old Nazis.

“At a time when American Nazism is on the rise and literally has cost Virginians their lives, we don’t have the luxury to simply let these bad-faith charges go unanswered,” Jonas and Feld wrote. “There is a real and present danger facing American Jews, and it’s not coming from authors of a book that no one has actually shown contains anti-Semitic passages.”