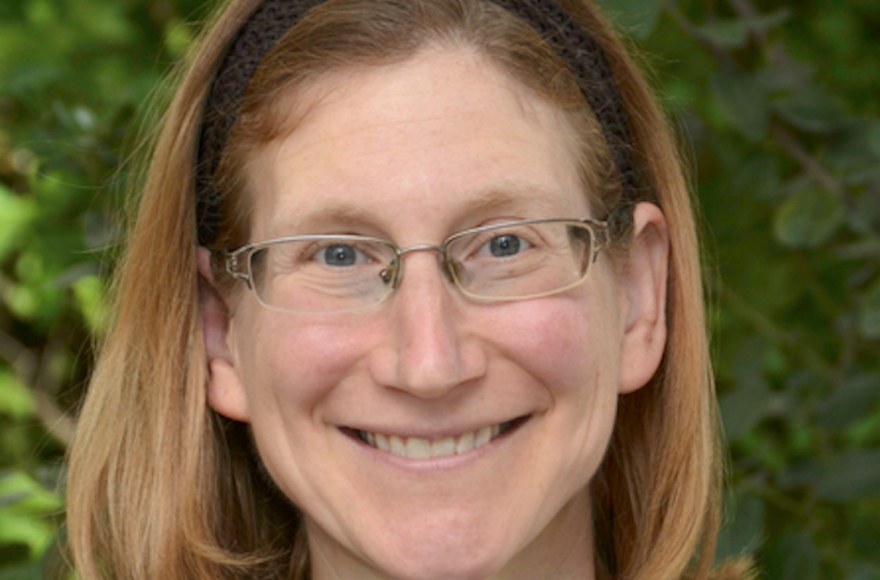 NEW YORK (JTA) – Ilana Kurshan has won the 2018 Sami Rohr Prize for Jewish Literature for her book “If All the Seas Were Ink: A Memoir.”

The $100,000 prize, a program of the Jewish Book Council, was announced Tuesday. It recognizes emerging writers who articulate the Jewish experience, as well as the author’s potential to make significant ongoing contributions to Jewish literature.

Kushan was among five finalists for the prize. Sara Hirschhorn, author of “City on a Hilltop: American Jews and the Israeli Settler Movement,” was picked as the Choice Award winner, which carries an $18,000 prize. The remaining finalists — Yair Mintzker, Shari Rabin and Chanan Tigay — each receive $5,000.

Kurshan’s memoir details how she recovered from her divorce through the daily study of the Talmud. It also describes her experiences as a child and as a parent, and as an immigrant to Israel. Kurshan organizes the memoir in loosely chronological fashion, arranging the story by Talmud tractates, enabling her to draw connections between her personal story and Talmudic anecdotes.

“I am honored and humbled to have been selected for this prize, and I am so grateful for the extraordinary generosity of the Rohr family,” Kurshan said. “I hope that my book will inspire more people to study Jewish texts and to take part in the ever-evolving Jewish literary tradition.”

Hirschhorn’s book is a deeply researched account of American immigrants to Israel who, in settling Jewish communities in territories captured in the Six-Day War, regarded themselves as progressive idealists rather than right-wing extremists.

Tigay, whose book “The Lost Book of Moses: The Hunt For The World’s Oldest Bible” is about the mystery surrounding a Dead Sea Scroll, is a former reporter for JTA.

The Rohr Prize, which has been awarded annually since 2007, considers works of fiction and nonfiction in alternating years. It was created by the late businessman and philanthropist Sami Rohr.

Last year’s winner was Idra Novey, author of the novel “Ways to Disappear.”

The Jewish Book Council, which traces its roots to 1925, is a not-for-profit organization dedicated to promoting Jewish interest literature.