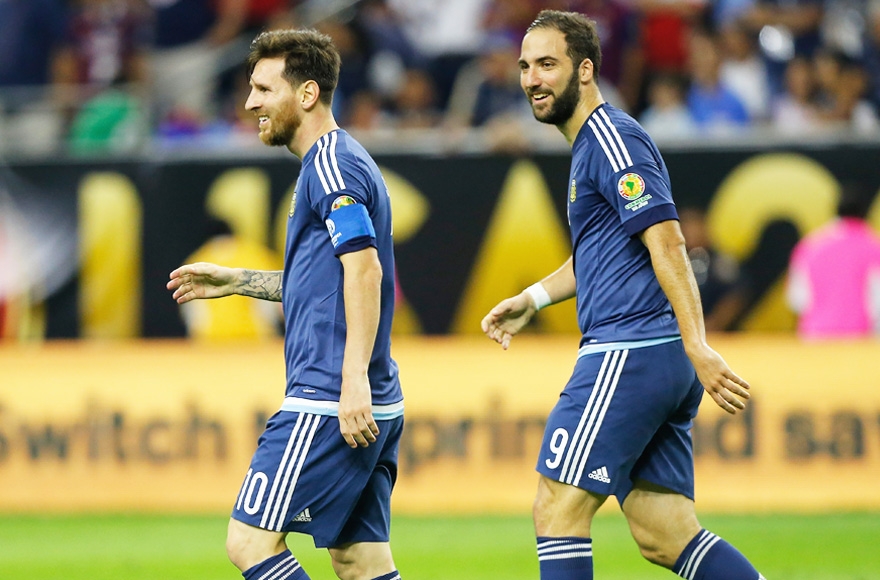 (JTA) — Israelis want nothing more than for their country to be considered normal.

That may have to wait.

A much-anticipated soccer game between the Argentine and Israeli national teams was canceled Wednesday because, Israeli and Argentine officials say, of physical threats made to the Argentine players — including megastar forward Lionel Messi. The exhibition game was set for Saturday night in Jerusalem, less than a week before the beginning of the World Cup.

Beyond the disappointment of tens of thousands of Israeli soccer fans, the cancellation shows Israelis once again that even seemingly innocuous cultural events, like a soccer match, aren’t immune from the festering Israeli-Palestinian conflict. Israelis want to portray their country as a thriving democracy like any other — violence on the border and the occupation notwithstanding — and a full member of the family of nations.

And they appreciate when other countries treat them that way. Thousands of Israelis lined the streets for the Giro d’Italia cycling race last month, even though it’s not a popular sport in Israel. Celebrating that international sporting event, perhaps the largest to be held in Israel, one of Israel’s leading newspapers ran a full front-page photo with the headline “We’re on the map.”

Such signs of normalization are manna for Israelis, and a setback for the Boycott, Divestment and Sanctions movement, which aims to isolate Israel internationally. So the BDS community seemed ecstatic to claim the Argentines’ decision as a result of their political pressure.

The truth seems murkier. The president of the Argentine Football Association, Claudio Tapia, apologized to Israel and said players had received threats. Protesters outside the team’s practice facility in Barcelona also waved Argentine soccer jerseys covered in fake blood — leaving it up to observers to decide whether the blood was meant to symbolize Palestinians who died or soccer players who might.

This cancellation, nevertheless, cuts especially deep. Israelis feel stung when foreigners cancel appearances because of the conflict. Earlier this year, the singer Lorde canceled a Tel Aviv concert after pressure from pro-Palestinian activists. And Natalie Portman, an American-Israeli, refused to show for a prestigious prize ceremony because of her opposition to Prime Minister Benjamin Netanyahu.

Soccer is Israel’s most popular sport, and Messi’s professional squad, FC Barcelona, is the most popular international team in Israel, according to a recent survey. So watching him face off against Israel’s team on its home turf would have been an especially big deal.

Israelis are outraged — and split on who is to blame. Even if the ultimate decision was not a direct response to BDS pressure, many accuse Israeli Culture Minister Miri Regev of inflaming the opposition by politicizing the game. Regev told Israel’s Army Radio that she moved the game from the northern city of Haifa to Jerusalem, specifically to exhibit Israel’s claim to the city. She also linked the game to “our fight over the [United States] embassy moving to Jerusalem,” which happened last month amid objections from Palestinians, the European Union and the United Nations.

Israeli Minister of Culture and Sports Miri Regev at the weekly cabinet meeting at the Prime Minister’s office in Jerusalem, Jan. 29, 2017. (Ohad Zwigenberg/Pool/Flash90)

“From my perspective, the important thing is that Argentina’s national team and Messi are coming to Israel and playing in Jerusalem ahead of the World Cup,” Regev told Army Radio on Monday, two days before the cancellation. “Jerusalem is on the map. In this era — which includes BDS — in this era nothing is more important.”

A Palestinian official also name-checked Regev, and the Jerusalem move, in a letter requesting that the game be canceled.

“After political pressure took place from the Israeli government, as it was openly said by Israel’s Minister of Culture and Sports Miri Regev, the match was moved to Jerusalem,” Jibril Rajoub, president of the Palestinian Football Association, wrote in a letter to Tapia obtained by Haaretz. “The Israeli government has turned a regular sports match into a political tool.”

Rajoub also called on Palestinians to burn their Messi jerseys in protest of the game. And this isn’t his first foray against Israeli soccer. In 2015, he unsuccessfully tried to get Israel kicked out of FIFA, the international soccer organization.

In an informal online poll conducted by Ynet, a news website that tends to oppose Netanyahu, almost 60 percent of respondents blamed Regev for the match’s cancellation. Ben Caspit, a journalist for the Israeli daily Maariv, tweeted that Messi visited Jerusalem in 2013 without incident “because no one turned the event into a political campaign.” The Jerusalem decision, he wrote, “woke the Palestinians up and awakened the mob.”

But Regev is known for being bombastic, and she isn’t backing down. In a fiery statement Wednesday night, she blamed Palestinian terrorism for the cancellation, and compared the threats against Messi to the murders of 11 Israeli athletes at the 1972 Munich Olympics by the Palestinian Black September terror group.

Regev also accused Rajoub of inciting terror and accused opposition Israeli Knesset members for “backing up terror” because they wrote tweets criticizing her conduct. Regarding the idea that the move to Jerusalem directly caused the cancellation, she said “there is no bigger lie.”

“How much stupidity can you talk all the time? How much nonsense can you say?” she said. “How nasty and mean can people be? Don’t people have national pride?”

Regev pledged that “we will continue to host international events.” She noted Israel is set to host the Eurovision contest, according to its annual tradition, next year.

But will Eurovision actually end up coming to Jerusalem? According to Yossi Sharabi, director-general of Regev’s Culture Ministry, maybe not. In the wake of the soccer cancellation, he acknowledged that in Israel, planning these events is never simple.

“Eurovision in Jerusalem? It isn’t at all a given,” Sharabi told the Sports 5 TV channel. “It’s too early to talk about this. Everybody wants it to be in Jerusalem. But there could well be other considerations.”