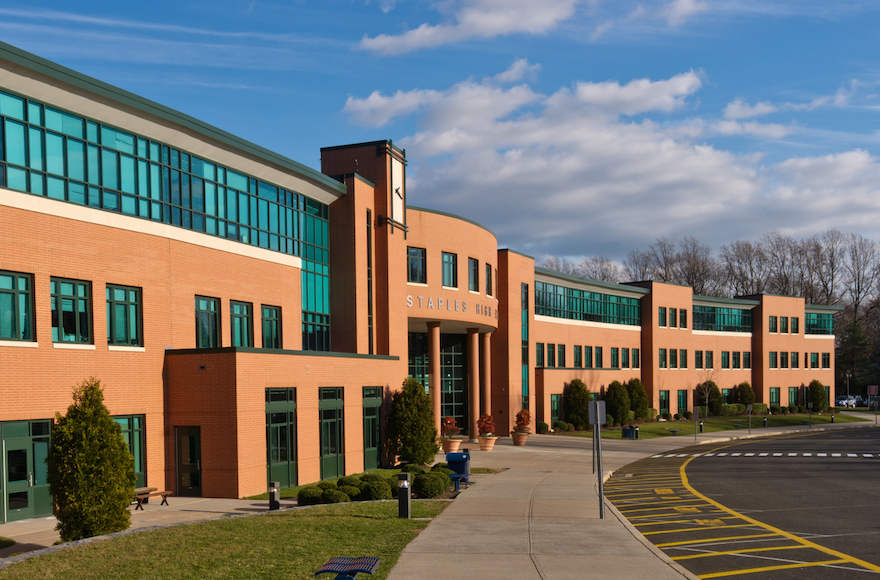 (JTA) — A Catholic school in Connecticut apologized to a state public school after its students used anti-Semitic chants during a lacrosse game.

During the May 30 state playoff game at Staples High School in Westport, fans seated in Fairfield College Preparatory School’s student section chanted “Happy Hanukkah” and “We have Christmas” and sang “The Dreidel Song,” directed at Jewish players on the Staples team.

Religious leaders, representatives of the Anti-Defamation League and  leaders of Fairfield Prep met Tuesday to discuss the anti-Semitic taunting.

About one-third of the Staples team is Jewish, according to local reports.

The superintendent of the Westport schools, Colleen Palmer, told CBS in New York that she is upset that no one stepped in to stop the anti-Semitic behavior, especially the referees.

The Connecticut Interscholastic Athletic Conference told the CBS affiliate that there will be no discipline of the game’s referees, saying that while the referees have the authority to stop the game, it is up to designated school representatives to control their fans.

Fairfield Prep said in a statement that discipline will he handled internally.

The statement issued over the weekend and posted on the school’s Facebook page said that “the efforts of the student athletes were overshadowed by the behavior of some students in the Prep cheering section.”