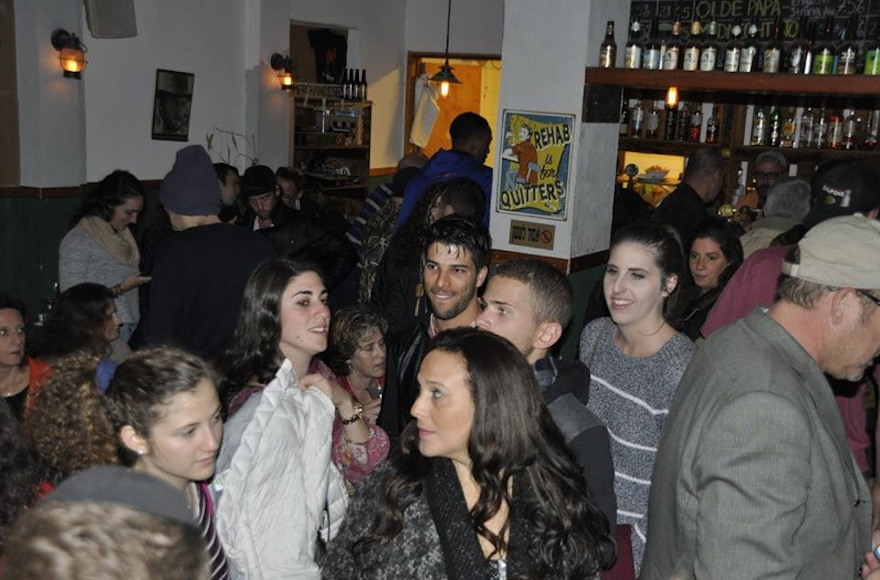 JERUSALEM (JTA) — Vanessa, a Venezuelan-American olah, or immigrant, had experienced a hard landing in Israel. Faced with persistent financial problems, she had trouble holding on to an apartment.

Turning to the internet, she found Keep Olim in Israel, an online group dedicated to crowdsourcing solutions for newcomers to the Jewish state. There she found people who were able to help her solve her personal housing crisis. Later, after she underwent surgery, the same group, which boasts 40,000 members, helped arrange for well-wishers to visit during her convalescence.

Chaz Tulin, a 32-year-old freelance computer programmer, had similar issues. Not long after Tulin arrived in Israel from Saratoga Springs, New York, his father had a stroke that left him immobile and required full-time care. Sued for his father’s medical bills, Tulin lost everything and ended up on the streets. While he eventually posted a request on Keep Olim in Israel for help in finding temporary lodging, for most of his time on the streets he acted as something of a voyeur, following along as other new immigrants poured out their woes on the internet.

“It helped me when I was homeless to see people dealing with hardships in Israel,” he said.

Eventually a friend from ulpan, or Hebrew classes, found Tulin on a Tel Aviv sidewalk and brought him to group founder LiAmi Lawrence, an American immigrant from Los Angeles.

“I had beat-up sneakers that were falling apart and he gave me a pair of his soccer shoes, and I had a long beard at the time and he got me a barber cut,” Tulin said. “I think what was the most valuable thing was the moral support from him and others.”

As in so many other areas, many immigrants to Israel have migrated online to discuss their problems and search for solutions, leading to the establishment of a plethora of groups dedicated to easing the often difficult and confusing experience of moving to Israel. Groups like Keep Olim in Israel, Ask an Israeli Lawyer, Support an Oleh and Living Financially Smart in Israel have all stepped in to fill the information gap and allow for new immigrants to swap stories, ask each other for ideas and offer help when needed.

The groups are also a window into some of the inevitable challenges of restarting one’s life in a foreign country — a topic that has spawned jokes about the meeting of idealism and reality.

Arriving in Israel from Los Angeles in 2014 at the height of a war in Gaza, when missiles were falling across the country, Lawrence was certain that he was making a new start. Despite the conflict, life would be good. The 50-year-old Lawrence had held many jobs over the years, including model, press agent, radio host and planner of Israeli-themed parties. After being laid off from his latest gig, he decided that what he really wanted to do was move to Israel.

Within less than a year of making aliyah, however, Lawrence found himself with “no job, no money, no hope, no food” and a desire to move back to the U.S. Noticing that many of his friends from ulpan had already left, he turned to Facebook, creating a group and writing a long post detailing his woes. Within two days the group had thousands of members, all “venting and complaining and screaming and cursing in every language about their aliyah.”

Surprised by the response, Lawrence decided to turn the group into a forum for immigrants (“olim” in Hebrew) to share experiences and tips. Around the same time, he connected with Tzvika Graiver, an Israeli attorney several years out of law school who had spent time volunteering for the American aliyah organization Nefesh B’Nefesh. Graiver suggested they create a nonprofit that could leverage the interest of the group’s members in assisting other newcomers.

Many of its programs — including pairing new immigrants with Israeli families for the holidays, providing free legal advice and visiting the sick — have been facilitated by the easy communications afforded by social media. Lawrence and Graiver are especially proud of their role in easing restrictions on transferring foreign drivers licenses to Israel. They recently announced the formation of a small Knesset lobby for olim, headed by opposition member Ksenia Svetlova.

Like Lawrence, Caroline Goldman was prompted to create her group, Support an Oleh, following an online interaction.

“I was on Facebook a few years back and there was a man with cancer asking for help. … He had no money for food, rent or to get to the hospital,” she recalled. “If you took a moment to look at his profile, you could see he was a very sick man. So I asked him for his address and sent him a small check. He called me thanking me in tears.

“Next time I talk a look at his profile [and] he had died,” she said. “I would think about him every so often and feel guilty that I did not do more. It was clear to me that some olim do not have any support here in Israel, those who have no family, those who are not part of a community, those who don’t quite fit in. So I decided to start the group.”

Aside from providing emotional support, the online group has set up collection points for dried goods and toiletries throughout the country and provides supplies to new mothers and struggling olim who ask for help via Facebook.

Other groups have a slightly different focus. Russell Mayer’s group Ask an Israeli Lawyer focuses less on the open crowdsourcing of other oleh groups and instead only allows accredited Israeli lawyers to post responses to queries. 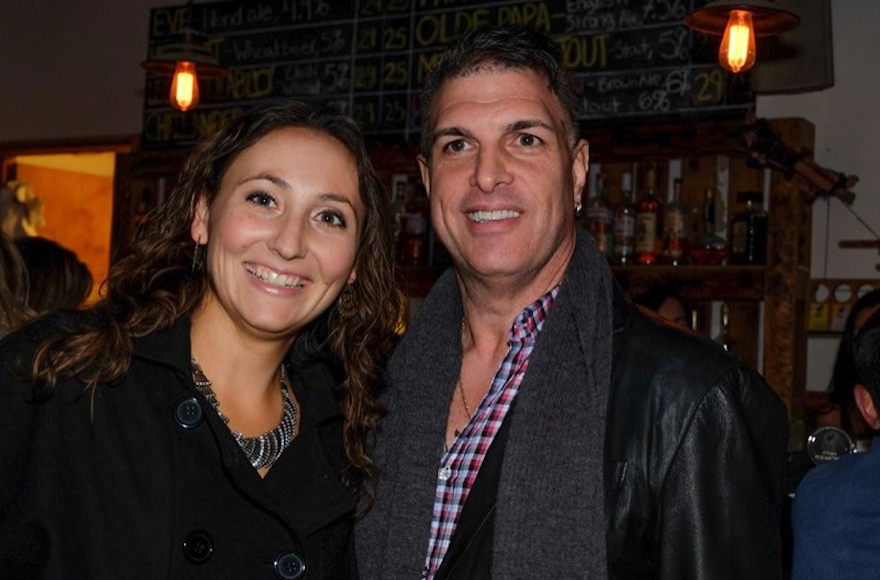 LiAmi Lawrence, right, is the founder of the Keep Olim in Israel group. (KeepOlim.org)

Mayer, a graduate of Yeshiva University’s Cardozo Law School who practices law in Jerusalem, told JTA that he had been offering free or cheap legal advice for years through Nefesh B’Nefesh and the Association of Americans and Canadians in Israel. Eventually he said he “realized that many of those needing legal advice wouldn’t even think to contact those organizations and in many instances wouldn’t even know to whom to turn for legal advice.”

With some 50 lawyers involved in the group of more than 8,700 members, Mayer estimates that “we have helped approximately 8,000 olim” over the years.

Aside from legal issues, financial issues are also on many immigrants’ minds. The concern prompted financial adviser Rifka Lebowitz to create Living Financially Smart in Israel, which allows its members to ask financial questions necessary to ensure a successful move.

“There are 23,000 people in the group. Everywhere I go in any context, people tell me they follow the group and have learned so much, saved so much, that it’s the most useful group on all of Facebook,” Lebowitz boasted.

However, some experts, while acknowledging the utility of these online groups, have expressed reservations. Nefesh B’Nefesh, which partners with the quasi-governmental Jewish Agency for Israel in its traditional role of promoting immigration, is understandably protective of Israel’s aliyah and absorption establishment.

While social media makes aliyah easier and online communities are “important channels for finding educational options, communities and employment opportunities among other relevant topics for olim,” said Marc Rosenberg, director of pre-aliyah for Nefesh B’Nefesh, “it is extremely important that when seeking advice, one should check that the information provided is current and being given by professionals in that specific field.”

“Additionally, it is necessary to maintain perspective and realize that some comments and anecdotes are individual and don’t always reflect general experiences,” he said.

Rosenberg added that Nefesh B’Nefesh runs its own online community where discussions are moderated by his organization’s professional staff.

Josie Arbel, director of absorption services for the Association of Americans and Canadians in Israel, also was somewhat skeptical of the more freewheeling groups.

“The reliability of the information is as good or as weak as the knowledge of the person who responds to your post,” she said.

“I think it can be amazingly helpful in certain situations, but it can also be damaging. It has a place in people’s aliyah planning, [but] my concern is for hard information. “

There are certain kinds of information that are important enough in aliyah planning to get from an authority,” Arbel said. “It’s a very democratic thing, but it’s not authoritative and if you need to know something that will have real implications for your aliyah, it’s not enough. It’s not a substitute for a consultation with an expert.”

Others, like Vanessa, seemed less concerned about social media’s drawbacks than with its benefits.

“I don’t have much family here,” she said, telling JTA that she felt the fellow olim in her online community will be there “if you need anything.”