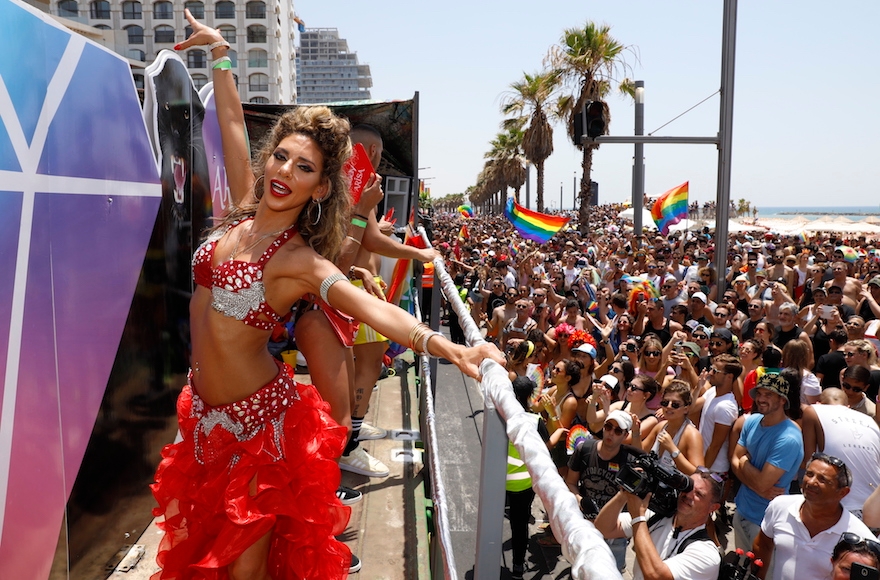 At least 30,000 foreign tourists attended the parade on Friday morning, Haaretz reported. The event, which topped last year’s overall attendance by  some 50,000, according to estimates, is held in congruence with LGBTQ Pride Month.

The parade also featured a tribute to longtime LGBTQ activists, as well as a performance by the Israeli-Arab diva Nasreen Qadri.

Its official ambassador was Andy Cohen, the American TV producer known for producing the “Real Housewives” franchise and hosting a talk show on Bravo.

“I have been struck by how incredible it is not only to be here, but as a proud gay Jewish man surrounded by my people,” he said Thursday.

Cordelia Lange of Germany told Haaretz that Tel Aviv is “a very vibrant city, it’s a city that embraces everything connected to gays, lesbians and LGBT.”

In much of the Middle East, LGBTQ culture — if legally tolerated — is relegated to societal sidelines. 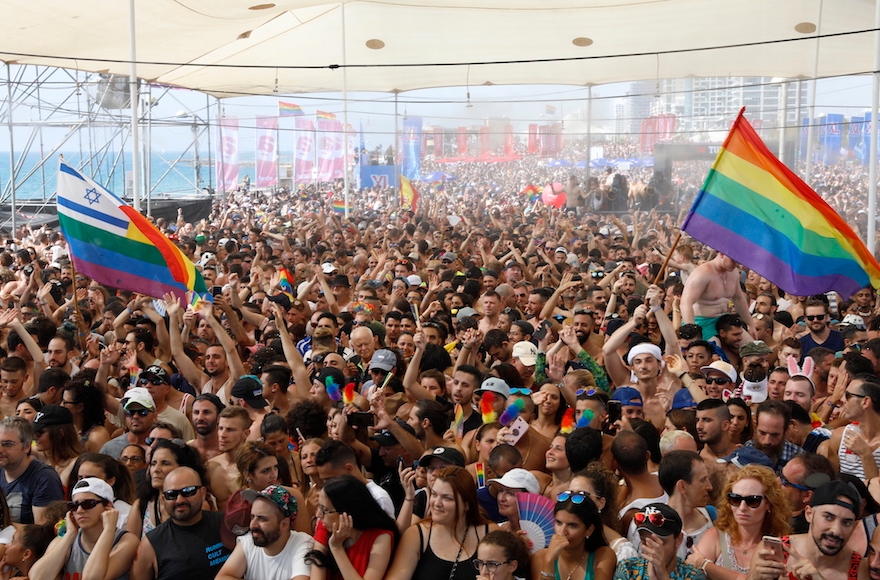 Attendance at the Pride Parade topped last year by some 50,000. (Guy Yechiely)

“I am proud of everyone who is marching in the #TLVPride Parade in support of #diversity and #equality,” tweeted U.S. Ambassador to Israel David Friedman. “Promoting, protecting and advancing human rights – including the rights of #LGBTI persons – has long been the policy of the United States.”

President Donald Trump, who appointed Friedman to the envoy post, has failed to commemorate LGBTQ Pride Month in both years he has been in office.

I am proud of everyone who is marching in the #TLVPride Parade today in support of #diversity and #equality. Promoting, protecting, and advancing human rights – including the rights of #LGBTI persons – has long been the policy of the United States. pic.twitter.com/sQLoBC1xv5