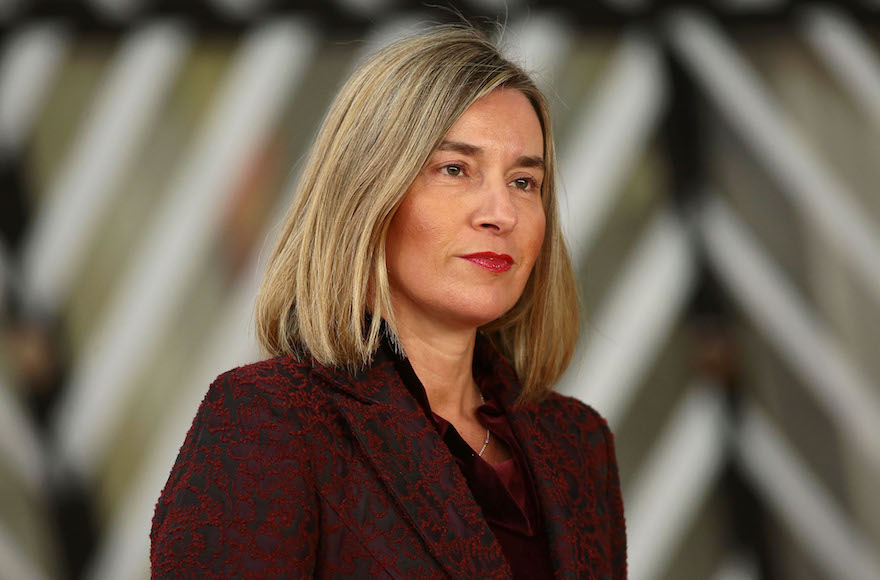 JERUSALEM (JTA) — European Union foreign policy chief Federica Mogherini canceled a visit to Jerusalem after Prime Minister Benjamin Netanyahu’s office said he could not meet with her due to “scheduling reasons.”

Mogherini has been scheduled to speak Monday at the American Jewish Committee’s Global Forum meeting in Jerusalem. She was to come to Jerusalem following an official visit to Jordan.

Mogherini reportedly cancelled her participation in the conference after being informed that Netanyahu would be unable to meet with her during her visit.

Netanyahu last met with Mogherini in December at a breakfast meeting in Brussels of the foreign ministers of 28 EU countries.

A spokeswoman for Mogherini told the Jerusalem Post that she had “looked into the possibility of expanding this visit to Jerusalem, where she was invited to speak at the American Jewish Committee. For agenda reasons, it turned out that this was not possible.”

“We believe that is important to talk, because there are many important issues in the region to discuss, including Iran,” the spokeswoman said, adding that Mogherini was “looking forward to returning to the region in the near future.”

Mogherini has publicly criticized the U.S. moving its embassy to Jerusalem and Israel’s response to the last two months of protests by Gazan Palestinians on the border with Israel.