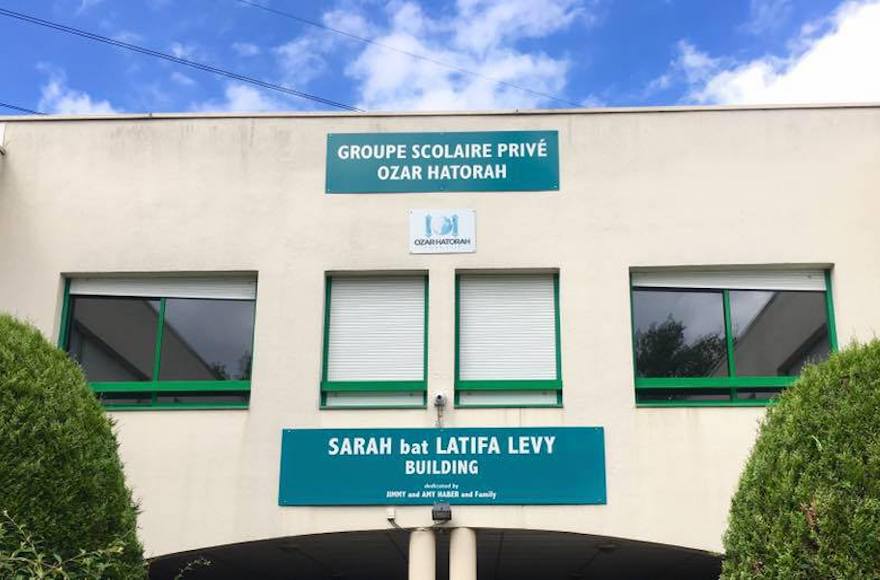 A view of the Ozar Hatorah school in Sarcelles, France. (Ozar Hatorah/Facebook)
Advertisement

(JTA) — A 15-year-old girl was assaulted inside her Jewish school near Paris by three individuals who confronted her outside the building and then pursued her into its yard, a French daily reported.

The incident, which the prosecutor said may or may not be anti-Semitic, occurred last week at the Ozar Hatorah school in Sarcelles, Le Parisien reported Wednesday. The victim did not know the three individuals, who appeared to be teenagers. She told police that they threatened to “gouge out the eyes and pull the hair” from her head.

The girl ran from the entrance back into the school for safety, but the three teens followed her inside, cornering and hitting her. Two of them pulled at her hair while a third filmed the incident on a cellphone, the report said. The violence continued for several minutes despite the presence of a security guard on campus. A teacher finally put a stop to it.

The girl’s mother and the girl filed a police complaint for assault on June 7.

“The alleged anti-Semitic character of the incident has not been established in certain terms at this stage of the investigation,” the local prosecutor’s office told Le Parisien.

Police are working to identify the alleged perpetrators with the help of security camera footage. The report did not say whether the suspects are male of female.

Assaults inside Jewish schools, which are heavily guarded in France, are rare in the country.

Only a third of Jewish children attend public schools in France, down from a majority in the 1990s, according to Francis Kalifat, the head of the CRIF umbrella group of French Jewish communities. Kalifat said thousands have left the public education system due to anti-Semitism.