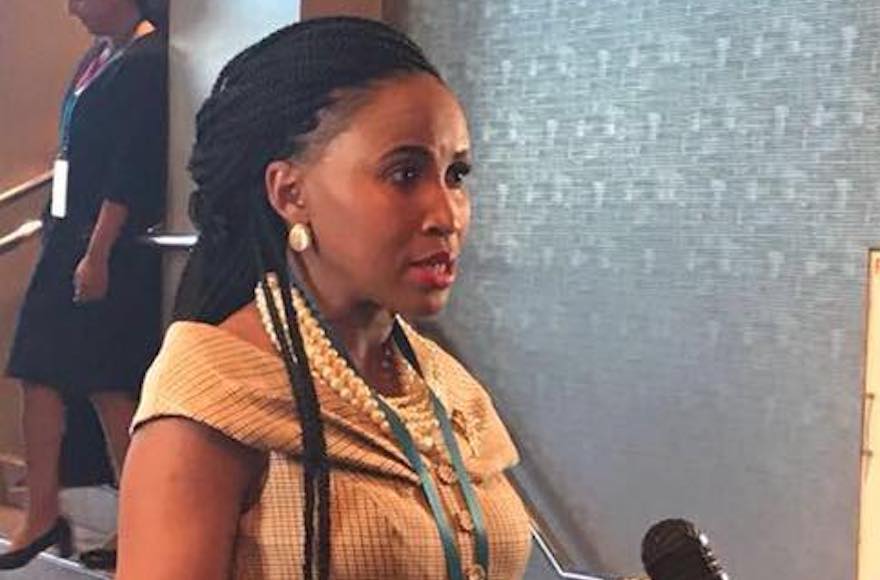 (JTA) — The mayor of Johannesburg said that a City Council member was suspended for declaring that the city was a friend of Israel.

Phalatse made the remarks during a pro-Israel event organized by local Jews.

Phalatse was suspended after other councilors called for her firing.

The African National Congress, South Africa’s ruling political party, last month compared Israel’s actions on the Gaza border to Nazi Germany’s actions against the Jews. Israeli troops have killed dozens of Palestinians there in riots organized by Hamas. Demonstrators have hurled dozens of firebombs at the troops amid attempts to breach Israel’s security fence.

South Africa announced following the clashes that its ambassador will leave Israel “until further notice.”

Separately, an online petition urging the South African government “to cease efforts to sever ties with the State of Israel and to reinstate” its ambassador to Israel has received 27,000 signatures since its posting online this week.