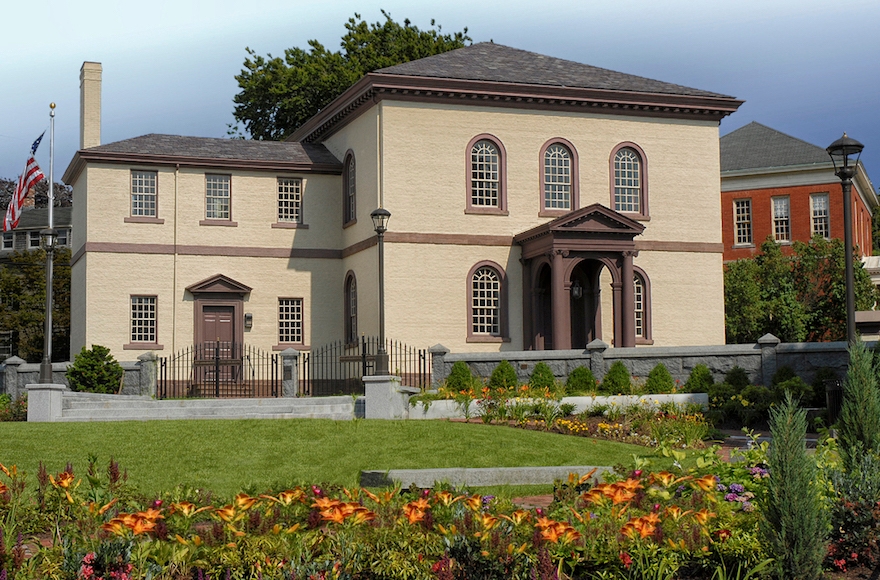 BOSTON (JTA) — The legal fight over ownership of the country’s oldest synagogue is headed to the U.S. Supreme Court.

The 1st U.S. Circuit Court of Appeals last week denied a petition filed by Congregation Jeshuat Israel, which worships in the historic synagogue in Newport, Rhode Island, for a rehearing of a ruling from August that said it was a tenant of the building.

That ruling by a three-judge panel found that New York’s Shearith Israel, which was founded in 1654, is the rightful owner of the Touro Synagogue, which was built in 1763. Jeshuat Israel will appeal, according to its lawyer, Gary Naftalis.

It is the latest development in a years-long property dispute between Jeshuat Israel and Shearith Israel, the nation’s oldest congregation.

“We will seek review by the United States Supreme Court to continue our fight to preserve the Touro Synagogue,” Naftalis wrote in an email to JTA. He said that Jeshuat Israel is the only congregation that has prayed at Touro for over a century.

But Louis Solomon, the board chairman of Shearith Israel and its lawyer in the case against Jeshuat Israel, said the “Court’s decision reaffirms the need, for the good of American Jewry and people of faith everywhere, to put this divisive matter behind us.”

The two congregations have had a close, centuries-old intertwined relationship. During the Revolutionary War, when Newport’s Jews fled the city, Shearith Israel became the trustee of Touro and for a time held its possessions. Later, with a wave of new Jewish immigrants, the congregation recharted.

The current legal dispute dates back to 2012, when Jeshuat Israel, seeking to secure its financial footing and maintain a rabbi, planned to sell artifacts worth millions of dollars. Shearith Israel moved to block the sale, arguing in part that it is the rightful owner of the Touro Synagogue and its possessions.

The intended sale that sparked the conflict was of a pair of Colonial-era silver Torah scroll finials handcrafted by prominent silversmith Myer Myers valued at more than $7 million.

The ruling last week featured a dissent by Judge Ojetta Rogeriee Thompson in which she expressed concern that the decision did not consider long-standing Rhode Island law on charitable trusts that “could lead to different legal conclusions.”

Designated a national historic site in 1946, the Touro Synagogue attracts tens of thousands of visitors each year, including for its annual summertime reading of a historic letter from George Washington, who visited the synagogue in 1790. The nation’s first president wrote that the government “gives to bigotry no sanction, to persecution no assistance.”