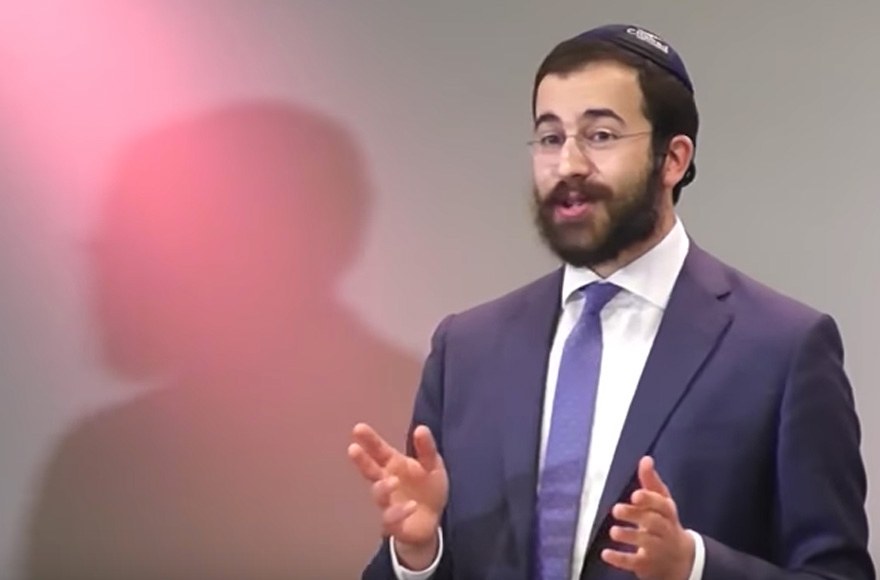 Rabbi Yanki Jacobs speaking at a Christians for Israel event in the Netherlands, 2015. (Screenshot from Youtube)
Advertisement

AMSTERDAM (JTA) — The son of a chief rabbi of the Netherlands and his family were accosted on the street by two young men who shouted at them “f*** all Jews” at them.

Rabbi Yanki Jacobs, the son of Binyomin Jacobs, made a complaint to police on Sunday about the incident from the previous evening, the AD news website reported.

On a street corner in a heavily Jewish area in southern Amsterdam, “two young men called out at the family ‘Cancer Jews’ and ‘f*** all Jews’ at our direction. They repeatedly drove in our direction in an intimidating manner,” Yanki Jacobs was quoted as saying.

On Twitter, he listed the license plate number of the vehicle in which the two were riding with a request to help identify them. Jacobs said the men appeared to be of Middle Eastern descent.

“I have had enough,” he told AD, adding that previously he had been cursed on the street. “I’ve grown accustomed to thinking about it as normal, but now thought that we as a Jewish community must no longer agree for this to happen to us.

“If I do nothing, who will? I walk around my neighborhood, a 10th-generation Amsterdam Jew, and I will not be driven out of this city.”

Yanki Jacobs told JTA he acted because “a line had been crossed.” But he added he did not wish to see media “over-dramatize the situation in the Netherlands” of Jews.

The home of Rabbi Binyomin Jacobs has been vandalized five times in recent years. In 2014, police advised the elder Jacobs to refrain from using some trains for fear for his safety.

The Dutch Public Prosecution Service said this year that it had recorded 141 confirmed criminal offenses of discrimination against Jews in the Netherlands in 2017, nearly double the number over the previous year and a five-year high. Anti-Semitic offenses accounted for 41 percent of the xenophobic incidents recorded in 2017.