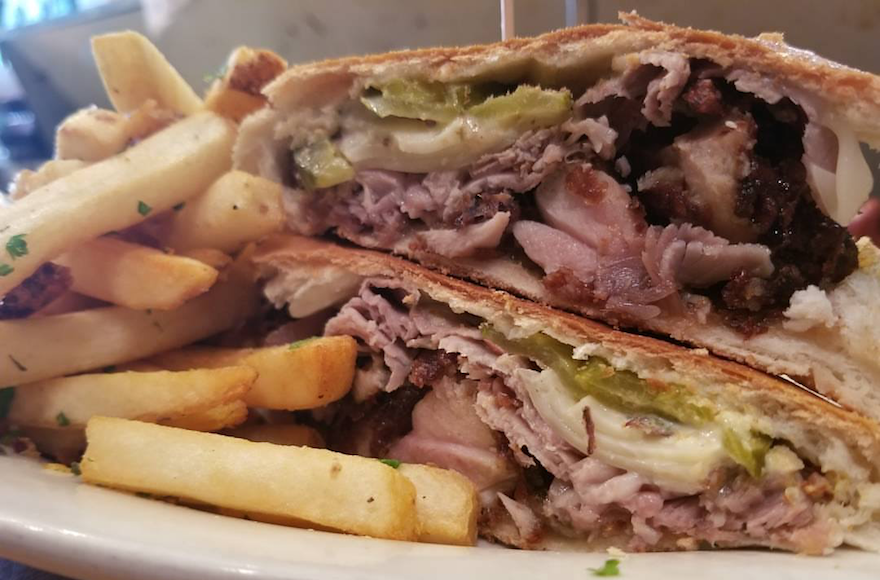 (JTA) – Surfside is Miami’s most Jewish neighborhood — it’s home to fewer than 6,000 people, and at least 2,500 of them are Orthodox Jews. As explained in an article on Vice’s Munchies vertical, the Chabad-Lubavitch movement fueled a Jewish renaissance in the area, which used to harbor anti-Semitic sentiment, in the 1980s.

On the north end of Surfside, where Jewish boys in suits and yarmulkes and girls in modest ankle-length dresses are common sights, sits Josh’s Deli — an eatery that serves what Munchies rightfully calls “aggressively” un-kosher food.

Some of the menu’s provocatively named offerings include the Jewban (a sandwich of pork, pastrami and Swiss cheese, among other things) and lobster Jewchachos (nachos with cheese, avocado, mole and almost any kind of meat or shellfish). The deli has gotten considerable press coverage and draws big crowds every weekend.

It’s a conspicuous outlier, and some in the neighborhood resent its owner, Josh Marcus, for his deviation from the neighborhood’s expected kosher norms. Others told Munchies that his presence is actually forcing the other local kosher restaurants to expand their own offerings. Marcus, 45, who is Jewish, tattooed (his ink on both arms reads “God can wait”) and bearded, doesn’t seem to care about others’ opinions. 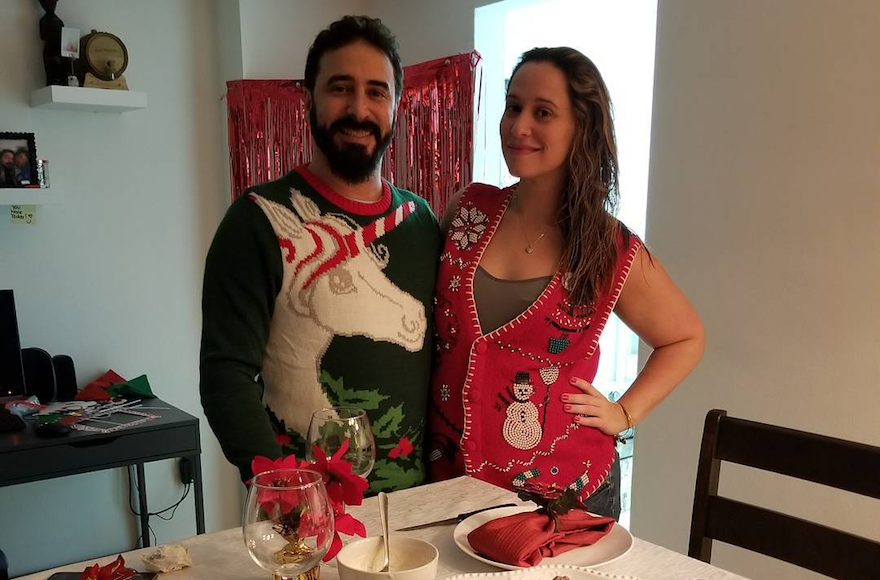 He did try to start a traditional kosher deli in the location at first — he envisioned Miami’s version of the famous Russ and Daughters appetizing store — but because he couldn’t get a kosher certification, the restaurant couldn’t gain traction within the observant Jewish community.

“I went to Hebrew school, I had a bar mitzvah — but I didn’t have a choice, my father said I had to do it,” Marcus said. “When I stopped worrying about the surrounding community, I found my voice.”

The Jewish response to Marcus’ menu has been mixed. Although nobody has actively said that the area should be exclusively kosher, kosher competitors have recently replaced many of the non-kosher restaurants.

“I can’t tell people I don’t know very well, ‘Don’t eat at this restaurant or that restaurant,’” Sholom Lipskar, the area’s original Chabad emissary, said of Marcus’ restaurant. “I’m not God, I’m not a monitor, I’m just a teacher.”

Some clients have expressed distaste.

“Is this a necessary pun?” a patron emailed Marcus last year, according to Munchies. “It makes your establishment discomforting and unappealing to us patrons.”

Marcus told the Forward that just before an interview, someone tried talking to him for 15 minutes to convince to go kosher.

“It’s not what interests me about cooking. I enjoy what I do. I enjoy the ability to improv off of something,” he said.

That “something” is still Jewish food, at its core.

“The Jewchachos started with me playing with cholent, an Eastern European dish that most Jews on Friday would gather a bunch of meat in a pot and cook it overnight on Friday so it would be ready as a hot meal for when they got out of shul on Saturday,” he told the Forward.