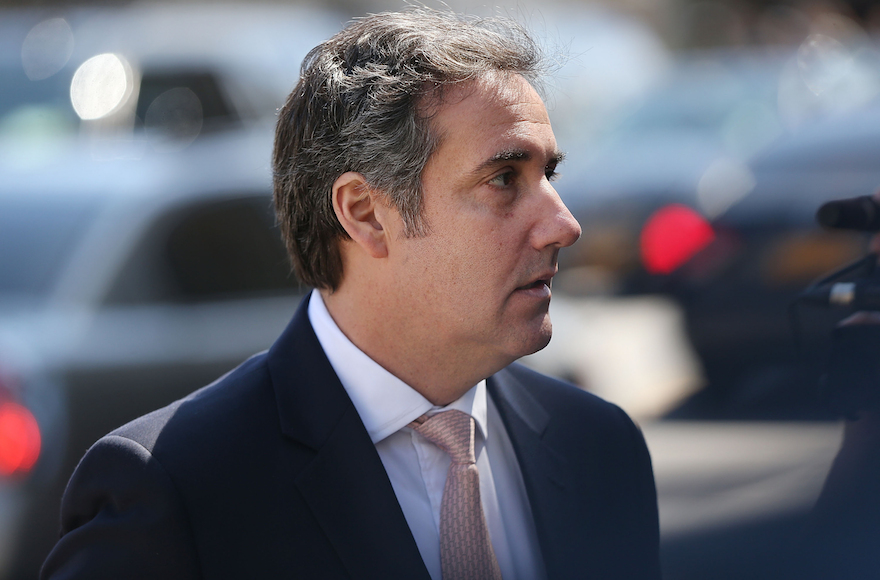 WASHINGTON (JTA) — Michael Cohen, the lawyer for President Donald Trump who has become a focus of a federal investigation into improprieties in Trump’s campaign and presidency, quit a senior position in the Republican Party, citing his opposition to Trump’s immigration policies and invoking the experience of his Holocaust survivor father.

“As the son of a Polish Holocaust survivor, the images and sounds of this family separation policy is heart wrenching,” Cohen wrote in a letter to the Republican National Committee, ABC News reported Wednesday. “While I strongly support measures that will secure our porous borders, children should never be used as bargaining chips.”

Cohen was deputy chairman of the RNC’s finance committee. Trump has separated migrant children from their parents as part of a broader policy of deterring illegal migration, spurring outrage from Democrats and also some Republicans.

Cohen reportedly feels betrayed by Trump, who has not reached out to him while federal authorities have raided his properties for information related to allegations that he paid off at least one woman to keep silent about her alleged affair with Trump ahead of his 2016 election, as well as other business Cohen conducted on his own behalf and for Trump.

Reports in recent days have suggested that Cohen is ready to cooperate with the federal investigation.

He is the third high-ranking Jewish RNC official to resign this year because of scandals. The body’s chairman, Steve Wynn, a casino magnate, quit because of allegations of sexual impropriety, and Elliott Broidy resigned as deputy finance chairman after revelations that he used Cohen to pay an alleged mistress to keep silent.

Get the inside scoop on the week’s Jewish political news in your inbox. Sign up for The Tell, our new weekly email by Ron Kampeas, JTA Washington Bureau Chief.