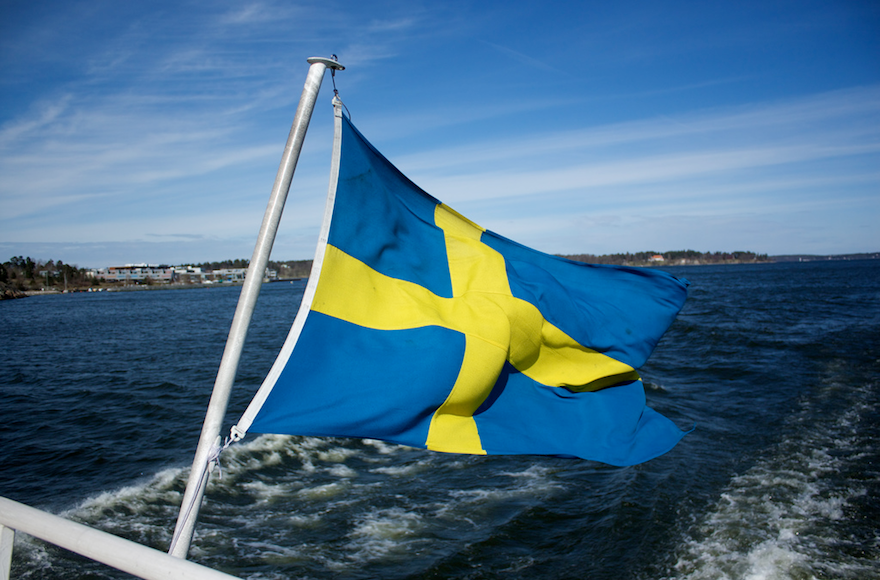 Bjorn Soder, who represents the Sweden Democrats party at the Riksdag, the Swedish parliament, insinuated that Jews are not Swedes. (Christopher Neugebauer/Flickr)
Advertisement

(JTA) — A lawmaker for a populist right-wing party in Sweden has been accused of racism after writing on Facebook that Jews and members of the Sami minority are not Swedes.

Bjorn Soder, who represents the Sweden Democrats party at the Riksdag, the Swedish parliament, maintains that in his post Sunday he never questioned minorities’ rights as Swedish citizens but merely stood up for their rights to preserve their distinct ethnic identities.

Soder on Facebook criticized Annie Loof, a Cabinet minister for the liberal Centre Party, who wrote on Twitter that her “Jewish friends are simply my Swedish friends: As a citizen of Sweden, you are Swedish, even whether you belong to one of our national minorities or not.”

Soder responded that Loof was “undermining” the status of those five minorities by downplaying their distinctive identities, as he described it.

“These groups have minority positions in Sweden precisely because they are not Swedes. Shame on you, Annie Loof, for your racist attitude,” he wrote.

Soder made similar statements in a 2014 interview with Dagens Nyheter. Lena Posner Korosi, who was then the president of the Jewish Council in Sweden, said that Soder’s reasoning was “reminiscent of 1930s Germany.”

Paulus Kuoljok, the president of the Sami Parliament Plenary Assembly — a publicly elected parliament and a state agency addressing the rights of that indigenous minority – called Soder’s Facebook post “provocative” and designed to win votes.

“They have shown their hostile stance for quite some time, so I’m not surprised,” he told Sveriges Television.

Sweden Democrats has several Jews in its ranks, including lawmakers. It has nonetheless been accused of espousing anti-Semitic views, which the party denies.

In October, a party lawmaker called for action against what she labeled the “control of media by any family or ethnic group,” citing a prominent publisher with Jewish roots.

Senior lawmaker Carina Herrstedt was widely criticized in the media for writing a racist joke in an email that was deemed offensive to gays, blacks, nuns, Roma and Jews. Finance spokesman Oscar Sjostedt was heard in a recording jokingly comparing Jews to sheep being killed in German abattoirs.