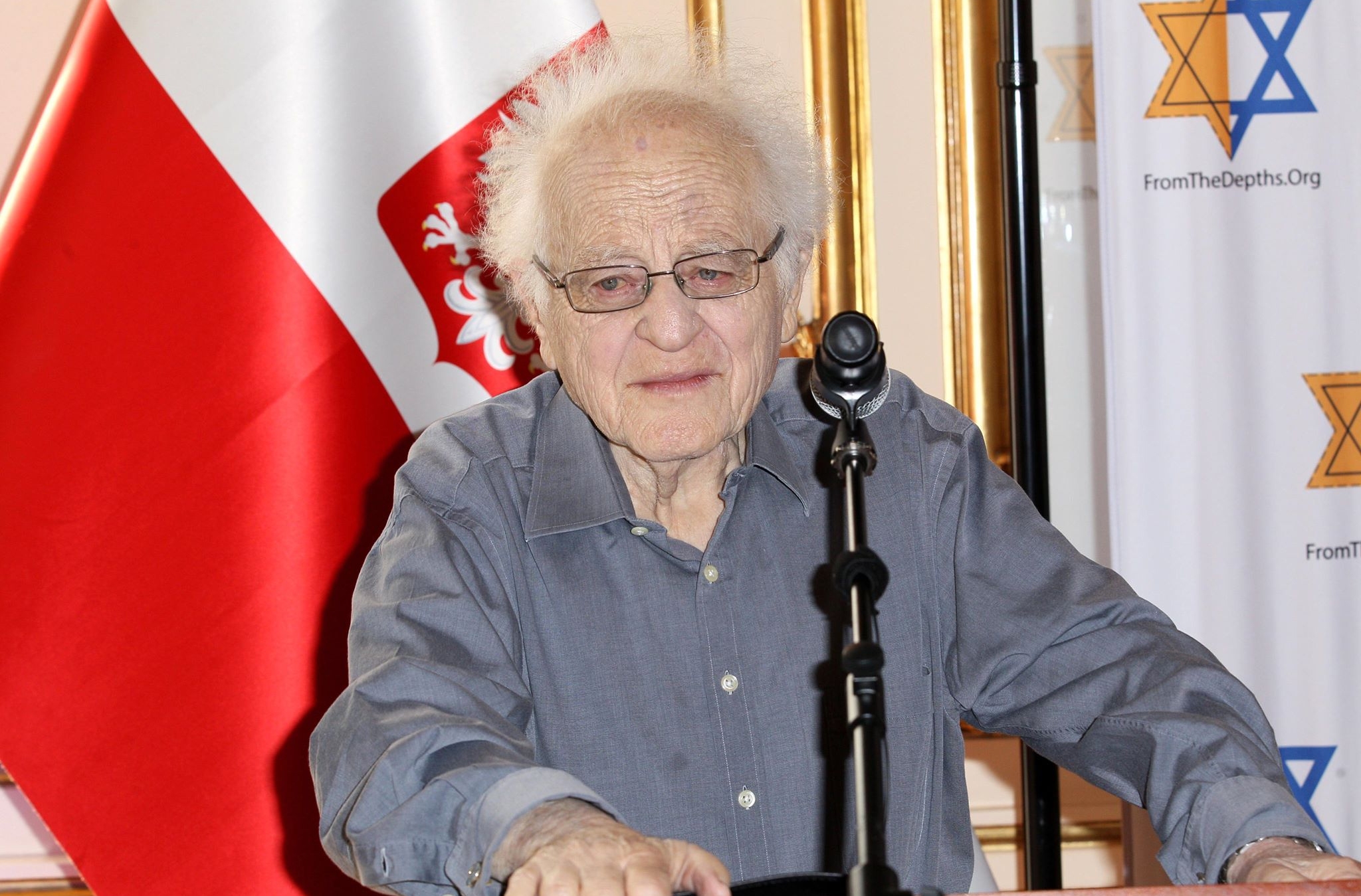 Jack Garfein delivering a speech in New York, June 7, 2018. (Courtesy of From the Depths)

(JTA) — Jack Garfein, a former movie producer who survived 11 concentration camps during the Holocaust, was honored in New York by a Poland-based group commemorating victims of the genocide.

Garfein, 87, a former teacher and director at New York’s famed Actors Studio and civil rights activist, received the From the Depths Award for Dialogue earlier this month at a ceremony along with fellow survivors Edward and Cesia Mosberg, who have worked to foster greater understanding between non-Jewish Poles and Jews, organizers said.

In a speech before 150 people attending the award ceremony, Garfein, a native of what is now Ukraine, recalled his horror at racial segregation in the United States immediately after arriving from Europe in 1946.

That year, a bus driver told him not to sit in the back of the bus because that part of the vehicle was “for blacks only,” Garfein said. “I thought, ‘I came to America for this? For unbelievable racism?’ This is why I have fought and continue to fight racism my whole life.”

Garfein is among a handful of Holocaust survivors who had major roles in the American movie industry and are still alive.

In 1957 he directed his first of only two feature films, “The Strange One,” about students facing an ethical dilemma at a military college in the American South. It was among the first such productions to tackle the persecution of homosexuals, as well as blacks. Garfein fought for the rights of African-American actors, From the Depths said.

Jonny Daniels, the founder of From the Depths, said the recipients worked for stories from the Holocaust to be “heard by as many people as possible” out of “a sense of responsibility” in view of how soon the world would no longer have survivors left to tell them.