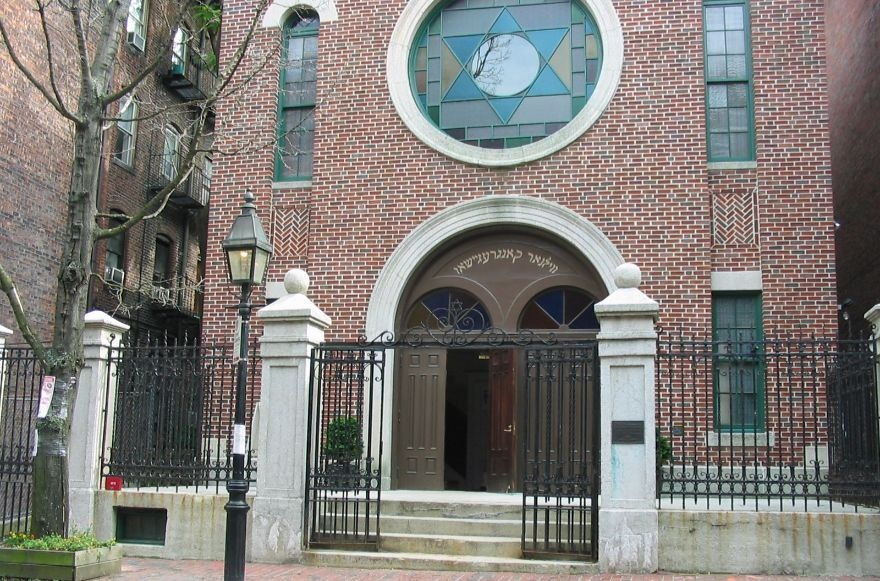 BOSTON (JTA) – A century-old synagogue in Boston that now serves as a Jewish cultural center will receive $500,000 from the city for historic preservation.

On the recommendation of Mayor Martin Walsh, the City Council last week unanimously approved the grant for the Vilna Shul, Boston’s Center for Jewish Culture, under the Community Preservation Act.

The funding for the multi-story building, once abandoned but now a landmark and tourist destination, will be used to help make it fully accessible for those with disabilities and the elderly, and for upgrades to its HVAC systems.

The improvements in regulating air quality will pave the way for the synagogue’s long-held desire to restore noteworthy murals that were painted over, according to the center’s director, Barnet Kessel. It is the only Jewish institution in the U.S. with three layers of unique Jewish-themed folk art murals painted on top of one another, according to a history of the building on the Jewish center’s website. Conservationists have uncovered small sections of the wall and ceiling murals in the second floor sanctuary.

The restoration is important to the history of Boston’s immigration, according to City Councilor Josh Zakim.

“It tells a story through its walls, artifacts and location,” said Zakim, the son of the late Lenny Zakim, the prominent Jewish civil rights advocate who led the New England Anti-Defamation League for 15 years until his death at age 46.

Dating back to 1919 the Vilna Shul, is nestled in to the north slope of the city’s historic and affluent Beacon Hill in what was once an immigrant enclave of tenements and, in earlier times, a historic African-American neighborhood.

The Vilna, the last of the area’s 40 synagogues from the early 20th century, was the home for Congregation Anshei Vilner, founded by Jews from Vilnius, in present-day Lithuania. The building eventually was abandoned and structurally condemned in the mid-1980s.

In 1995, a nonprofit formed to reclaim the Vilna Shul was allowed to purchase the building and land at fair market value. It has since been rejuvenated as a thriving Jewish cultural center with some 10,000 visitors annually, including participants in Jewish programs, tourists and school groups, Kessel told JTA.

With the Community Preservation award, the Vilna has raised more than $3.5 million toward its $4 million renovation project set to begin this fall. The city grant was one of 35 in the Boston’s first pilot round of CPA projects totaling some $8 million. It is the largest in the historic preservation category. Several local churches will also receive funding, as will affordable housing and recreation projects.

The grants are being funded by a 1 percent property tax surcharge approved by Boston voters that took effect last July, along with state funding.