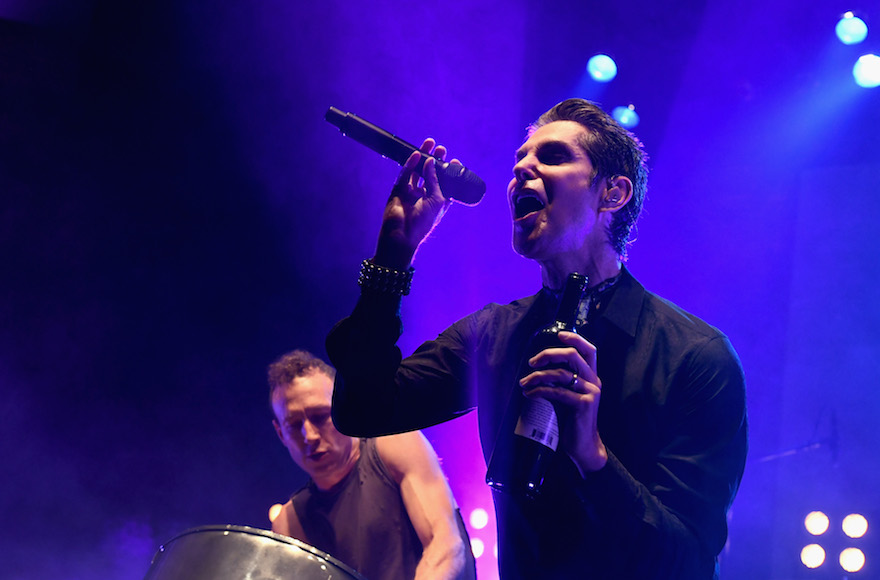 (JTA) — Most rock music lovers know Perry Farrell as the charismatic frontman of the band Jane’s Addiction. Others know him as the guy who started the popular Lollapalooza music festival.

Hardcore fans might know that he was born Peretz Bernstein to a Jewish family, and that he has been one of the more prominent celebrity adherents of Kabbalah, or Jewish mysticism.

These days, Farrell is really into the writings of Menachem Mendel Schneerson, the late influential leader of the Hasidic Chabad-Lubavitch movement. Obsession might be the correct term here, since he told Rolling Stone in an interview earlier this month that he studies Schneerson’s teachings through most of the night.

“One of my heroes currently is the great [Hasidic rabbi Menachem Mendel] Schneerson. His writings and his teachings are amazing. I’ve been reading them like crazy lately,” he said when asked by interviewer Brian Hiatt about his heroes.

Hiatt then asked if Farrell consequently calls himself a Lubavitcher.

“I’m a love-bavitcher. I don’t know what you call it. I’m just in love with the study. I study through the night. I don’t sleep more than three hours at a time. I’d like to change that,” Farrell said.

Interest in his Jewish heritage isn’t new for Farrell, who has ties to the Jewish community of Los Angeles. In 1999, he joined in a party there called Purimpalooza (a take on his festival, which began as a farewell tour for Jane’s Addiction in 1991), and joined a public Hanukkah menorah lighting in 1998.

“God’s existence is verified in the existence of his servants,” he said at that event, according to MTV News.