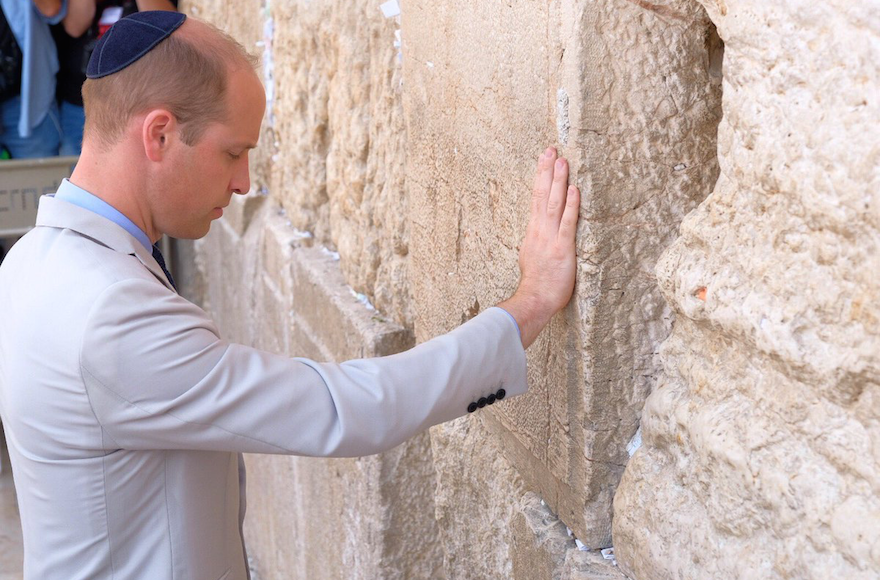 “The visit had a profound effect on the Duke,” The Mirror reported, quoting what it called a “highly placed Palace source.” Prince William also holds the title Duke of Cambridge. “The places he visited, the people he met and the stories he heard have all moved him very deeply.”

The newspaper reported Sunday that before his visit, the prince received extensive briefings on “the labyrinthine politics that have doomed previous attempts at peace to failure.” At the end of the trip he reportedly told his aides: “This is the start of something new. I will forever honor my commitments to the people I have met.”

Tradition dictates that royals stay neutral rather than entering the political landscape at home or abroad, according to the Mirror. But William, according to the report, plans to use his global platform to help the region achieve peace.

During his three-day visit to Israel and the Palestinian Authority, William met with politicians, officials, high-profile Israelis, youth, children and refugees. He also spent two days in Jordan.

At the British consul general’s residence in Jerusalem, William told the Palestinian guests, in a speech he reportedly rewrote after visiting a refugee camp near Ramallah: “My message tonight is that you have not been forgotten … I hope that through my being here and understanding the challenges you face, the links of friendship and mutual respect between the Palestinian and British people will grow stronger.”

He visited Jerusalem sites holy to all three major religions and paid his respects at the grave of his great-grandmother Princess Alice, who rescued a Jewish family during the Holocaust.

The article said that he has thought about the legacy of his mother, Princess Diana, who led the fight for causes including men suffering from AIDS in Britain, victims of landmines in Angola and Indians with leprosy.