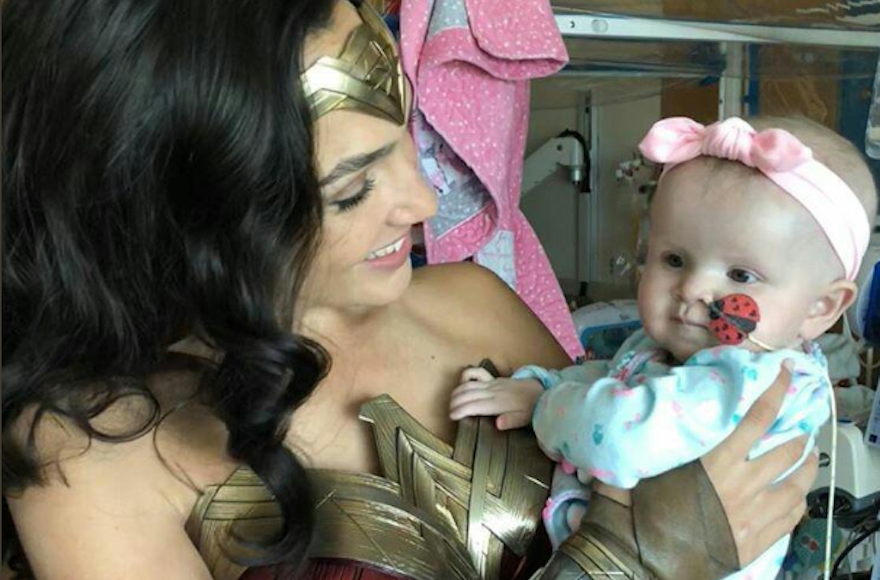 (JTA) — Israeli actress Gal Gadot took a break from filming the sequel to the 2017 movie “Wonder Woman” to visit a Virginia children’s hospital in full costume.

On Friday, Gadot posed for photos with patients and staff at Inova Children’s Hospital in Annandale during her visit.

The hospital posted photos of the visit on Twitter. Several Gadot and “Wonder Woman” fan pages also posted the photos.

Gadot has been spotted in Virginia and the Washington, D.C., area, where she is filming “Wonder Woman 1984,” which is scheduled for release in November 2019.

.@GalGadot stopped by the Inova Children’s Hospital for a surprise visit to employees and children!

Among the children she cheered up is baby Karalyne, who is a Wonder Woman in her own little way. Read about her story:
https://t.co/29WkwFH7SV pic.twitter.com/VHI3Ar4IzY